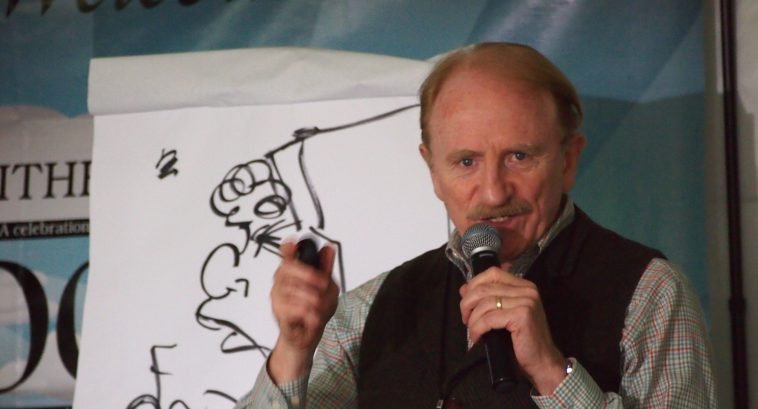 Kevin Kallaugher is a political cartoonist for The Economist and the Baltimore Sun. He was born March 23, 1955, in Norwalk, Connecticut. He cartoons using the pen name, KAL. Kallaugher attended Fairfield College Preparatory School and graduated in 1973. Kallaugher graduated from Harvard College with honors in Visual and Environmental Studies in 1977. He then embarked on a bicycle tour of the British Isles, where he joined the Brighton Bears Basketball Club as a player and coach. After the club hit financial difficulties, Kallaugher drew caricatures of tourists in Trafalgar Square and on Brighton Pier. In March 1978, The Economist recruited him to become their first resident cartoonist in their then 135-year history.

“Kevin Kallaugher’s age 62 years (as in 2018), Kevin was born on March 23, 1955, in Norwalk, Connecticut. According to Birth Date, Kevin Kallaugher’s Zodiac Sign is Aries. All information about his private life is hidden stays unknown, so it’s difficult to say if he has a wife or children.”

“A picture of Indira Gandhi by Kal was considered offensive by Indian authorities in 1984, leading to the destruction of the printed editions of the newspaper in the country. Kallaugher spent the next 10 years working in London as a cartoonist for such publications as The Observer, The Sunday Telegraph, Today and The Mail on Sunday. Kallaugher returned to the U.S. in 1988 to join The Baltimore Sun as its editorial cartoonist. Over the course of his 17 years at the newspaper, he drew over 4000 cartoons for The Sun while continuing to draw two cartoons per week for The Economist. Kallaugher’s work for The Economist includes over 120 illustrated covers. On February 12, 2012, the Baltimore Sun announced that KAL was returning to the Sun. In 1995, Kallaugher was invited by the Walters Art Museum to help curate the celebrated exhibit “Worth a Thousand Words: A Picture of Contemporary Political Satire”. In 2006, the Walters mounted a major retrospective exhibition of Kallaugher’s cartoons titled “Mightier than The Sword; The Satirical Pen of KAL”. Kallaugher’s work has also been exhibited at the Tate Gallery in London and the Library of Congress in Washington, D.C.He has had one-man exhibitions in London, New York City, Washington, D.C., and Baltimore.” “KAL’s work for The Sun and The Economist has appeared in more than 100 publications worldwide, including Le Monde, Der Spiegel, Pravda, Krokodil, Daily Yomiuri, The Australian, The International Herald Tribune, The Washington Post, The New York Times, The New Yorker, Time, Newsweek and U.S. News and World Report. His cartoons are distributed worldwide by Cartoonarts International and the New York Times Syndicate.”

“As part of his senior thesis at Harvard, Kallaugher completed a 13-minute animated film “In The Days of Disgustus” which featured characters from his weekly cartoon strip by the same name that ran in The Harvard Crimson. In 1986, Kallaugher worked with the animator Richard Williams to produce “No Bias”, an award-winning 30-second television commercial for the Today newspaper in Great Britain. In 2004 Kallaugher teamed up with animator Gary Leib at Twinkle studio to create flash animation video for ABC’s Nightline and CNN’s Lou Dobbs Tonight. In 2006, Kallaugher was named Artist-in-Residence at the Imaging Research Center at the University of Maryland, Baltimore County. With the IRC, Kallaugher has pioneered the development of 3D digital caricatures that can be animated in real-time. His first character, The Digital Dubya, made its world premiere at a live press conference at the Walters Art Museum in June 2006. The World Wide Web premier of his digital animation was in March 2007 when The Economist commissioned a web video to coincide with the launch of a gallery of KAL’s cartoons on the magazine’s website.” 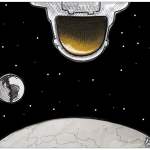 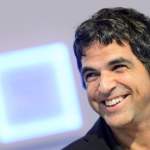