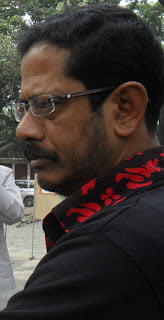 Shishir Bhattacharjee (born 1960) is an artist in Bangladesh. His paintings, critical of the political establishment but always in a satirical fashion, were first seen in the 1980s. His political cartoons appear regularly in daily newspapers in Bangladesh. During the past couple of years, he has produced paintings that appropriate images from Bengali film posters, altered to serve his social and political messages.

Shishir received a Bachelor of Fine Art from the Institute of Fine Art, Dhaka University, Bangladesh, in 1983. He received his Masters in Painting from the Faculty of Fine Arts, M.S.University of Baroda, India in 1987.

Although one of the most influential artist of his generation, Shishir is best known to a mass audience as a political cartoonist for Bangladeshi largest circulation Bengali-language newspaper Prothom Alo  and an Associate Professor of the Faculty of Fine Arts, Dhaka University, Bangladesh. His style as a political caricaturist has now given birth to a new generation of illustrators who follow his style.

He led the influential genre-breaking group of alternative artists “Shomoy” that appeared in the 1980’s, and were considered the “third wave” of Bangladesh artists. He was a vociferous and early critic of the Ershad military junta, which frequently placed him at odds with the authorities. His scathing critique of the Jamaat e Islami and 1971 war criminals made him a hated figure for the right-wing forces. Shishir is a major influence on politically motivated Bangladeshi artists.

Shishir Bhattacharjee presented his first solo exhibition in 1994 in Chittagong, Bangladesh, and his second solo in 2000 in Dhaka, Bangladesh. He took part in a group exhibition under the ArtSouthAsia programme in Manchester, UK, in 2002. He participated in a group exhibition in Pakistan. A month-long exhibition of Bhattacharjee took place in September 2007 in Japan.[1] He was the only Bangladeshi artist in the 2007 show “System Error: War Is A Force That Gives Us Meaning” at Palazzo Papesse in Siena, co-curated by Bangladeshi artist & writer Naeem Mohaiemen. In March 2008, he had a group Exhibition in New York. In 2008, he had his first Bangladesh solo exhibition in seven years, at Gallery Kaya, one of the newer galleries. This show saw Shishir’s popular cartoon style now blended with the earlier surrealist style of “Come See The Game” era. 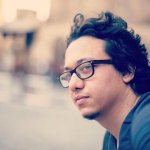 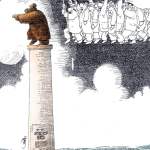