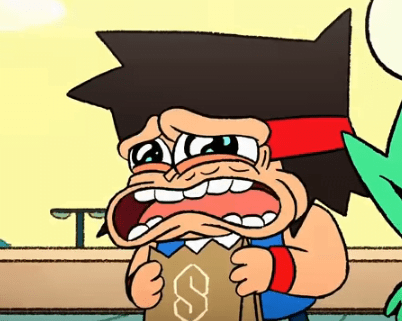 The Bittersweet Fate of CN’s Most Under-appreciated Show: Cartoon Network is the peak of cartoons on television. For at least the last 20 years this channel dominated the market, pumping out quality content like no other channel on TV. With so many options and segmented audiences of today’s consumer, it’s easy for shows to fall between the cracks. Whether it be viewership, promotion (or lack thereof), or a multitude of other factors, some shows simply don’t receive the love they deserve and don’t reach the immense potential that they have. In my opinion, no other show in Cartoon Network’s history deserved more and deserved better, than OK KO.

Lasting 3 seasons and 112 episodes may not seem short-lived in some perspectives. Plenty of other successful shows had far fewer episodes and were concluded properly in the eyes of their respective community. However, many of those shows were using the 22-minute format while OK KO used the 11 minute time frame. The shorter episodic run-time actually suits the show well, allowing for condensed storytelling over a longer period of time. There are lessons that are applicable to audience members both young and old. There’s something for everyone to love. The format also ended up hindering the series in another manner though, because much of the story ended up untouched due to the premature run of the show. When the show did run though, oh boy was it enjoyable and easy to love.
When complex plot points were involved, the show really began to shine. (Without spoiling too much) Shadowy Figure’s true identity and motives, why Point broke up, and the Point Prep arc really show how foreshadowing in your relatively short cartoon can really boost the lore and world-building. So many plot threads begin to develop simultaneously and begin to tie into each other. The world we’re shown bounces between very few locations but you can feel the size and scale of this huge and expansive world.

The art style is bouncy, bright, and unique and the characters have such distinctive personalities and expressions. There’s such a broad range of styles and animation that all blend well into the tone of the show. This tone can range from slap-stick comedic moments to intensely emotional moments.

The little details that are difficult to even notice unless your playing close attention is also something I love. Small details being incorporated really shine light on the huge amount of love put into the series. There are a ton of continuity details sprinkled throughout but my favorite has to be Brandon’s shirt’s text changing depending on his mood or given situation he’s in. It’s the little things you learn to love.

The characterization is great and the interactions feel organic. Each character goes through a realistic transformation throughout the show’s run. Enid begins to come out of her shell and embrace her ninja and witch sides as parts of her instead of rejecting one or the other. Her perception of what cool really is changes drastically by the end. Rad begins to grow out of his insecurities and accept that he can’t always be the strongest and most masculine in the room. That’s not the full spectrum of strength. KO begins to defeat and work with his inner demons and starts reaching his goal of being a hero. He exhibits many of these traits and characteristics as the show progresses showing his progression as a character. However, because of the short stint of the show, the progression feels incomplete and shallow. There was so much more potential for all of the characters. There were so many backstories that could’ve been touched and expanded upon. Whats Sparko’s origin? How much technology could Dendy’s beautiful mind come up with? What new and distinctive robotic siblings could Boxman throw into the fray? All questions I wish could be answered but unfortunately probably never will.
Personally, getting invested in this interesting and unconventional take on a superhero filled universe was easy. The different details and breadcrumb hints sprinkled throughout the story’s narrative kept my interest peaked. This investment is part of why the rushed ending was so painful. The various storylines that were hinted at were sloppily concluded or flat out ignored. The finale left such a bittersweet flavor in my mouth and I’m sure the feeling is mutual with other fans of the show. By no means was the ending bad, don’t get me wrong. However, the conclusion serves as a reminder that we will never get the conclusion we wanted. OK KO will never get the ending it deserved. The characters, world and creators deserved better. 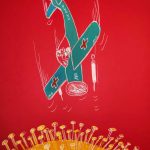 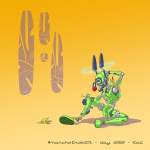