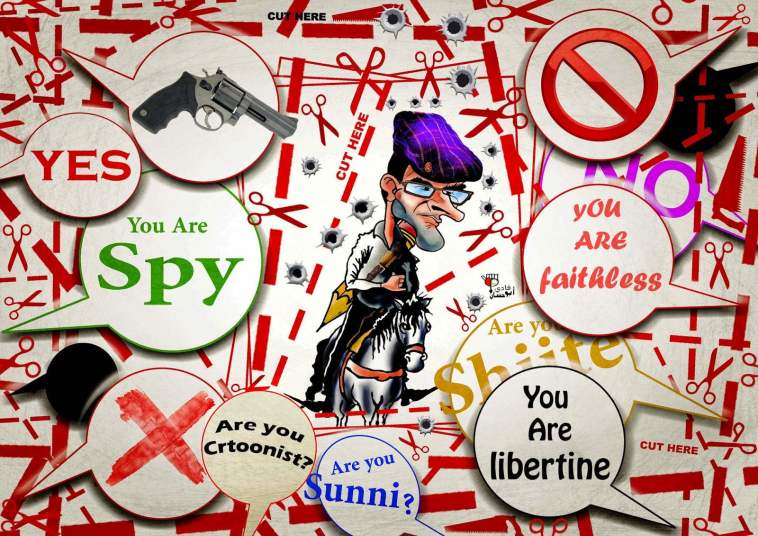 How did cartoons begin and when?

It had been 35,000 years ago when the first human had laughed at the nature around him, and the giant animals and started to draw them on the walls of the caves.

Egypt and theatres of Rome.

Drawing cartoons continued during the renaissance age by Leonardo Davinci in Italy and then by Tomas Rowlandson In England. The history also cannot forget Andrea Domeia in France how was jailed by king Loie Philip because of Andrea’s ironical criticism of the king and his corrupted retinue.

Then, this art developed in the United States at the beginning of the twenty century. And lived his golden time and it still continues its best days by being published in several magazines, newspapers, and websites.

During cartoon history, many cartoon schools have appeared. Which make the meaning and the concept of the cartoon as an art:

2  The eastern European school which detailed drawing without any dialogue.

There are several questions that should be discussed on this occasion: What is the cartoon art?

My definition for this art is that it is a universal Visual language that uses simple lines to draw great ideas, summarizing thousands of pages in a simple way that makes you laugh and cry bitterly inside yourself because of the political, social and religious situation that you live. The situation that is inconsistent and needs a correction.

The cartoon art is a challenging art that challenges minds. It is like an audience who is against what hides in the darkness of life.

The cartoon does not always make you laugh by itself but it’s the reality of our life which like a dark comedy that we live in making our life ironical. So we can say that cartoon is bitterly laughing art. Who is the cartoonist?

He is a human with a special feeling that can feel political, the social inconsistency of life in the world.

A cartoonist is a biased person in defending human suffering. His pen is the voice of voiceless people who suffer in our world. He is a person who draws to defend life and love.

The cartoonist is a human who believes in freedom and social justice. He is a human who broke the scissors of censorship inside himself to break all taboos and restrictions by his pen.

A cartoonist is a person who has nothing but his heart and his pen in this life.

He is a person who sacrifices his life for freedom, equity,  justice of all people in the world. He could be Palestinian cartoonist, Naji Al Ali who was killed in London in 1987 or could be Ali Firzat, the Syrian cartoonist whose fingers were broken in 2011. And last but not least, five French cartoonists of CHARLIE HEBDO  were killed in Paris attack – Charb, Cabu, Wolinski, tignous and Honore last January 2015.

Furthermore, the cartoonist is a person who always says: “to be or not to be” this the case in his war against Dictatorship, terrorism, and extremism. Cartoonist and censorship in Dictatorial regimes: Mice and cat game?

When you draw to defend freedom or democracy or justice, you will send it to prison or be torture. When you draw a Dictatorial president or wild king, then there is no doubt that you will be killed.

This is the fate of cartoonist in the countries which ruled by  Dictatorial regimes, where no freedom exist of the press and the freedom of expression only exist in the dreams.

In Dictatorial regimes, only state press is existing and you should be obedient to the regime and loyal to its corrupted people.

In Dictatorial regimes, they try to make fool of people and mock on their minds and freedom and dignity.

In this war, cartoonist always has to play the game of mice and cat with this suppressive regimes. He has to sacrifice his freedom to criticize these regimes.

The cartoonist may play this game with his chief editor, where he works, to avoid being censored and tagged as:

“Not suitable for publishing”.

My advice to every chief editor of newspapers and magazines over the world not playing this game with cartoonist and avoid his anger because he may hit you by his pen. What is the effect of the cartoon on the developments and events of our world?

Thanks to technological advances and the cyber world that make our world a global village which makes communication easier and faster between nations in the world because of these technological advances, cartoon art lives its golden time. The cartoon is derived from the core of life with all its varieties and differences. Cartoon as an art affect and gets affected by his surrounding world. The world around the cartoonist inspires him to draw with new ideas with a new way to discover new horizons.  The art of cartoon is the symbol of cultural advance and human progress in civilization

That shows the nation’s tolerance to ironical criticism. 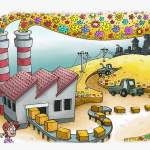 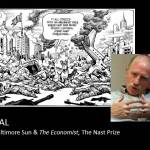