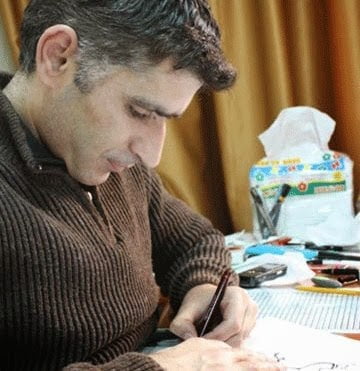 On 2 October 2012, Akram Raslan, a Syrian cartoonist working for Al-Fida newspaper, was arrested by the Syrian Military Intelligence in the city of Hama. The arrest reportedly took place after the publication of cartoons on Facebook which were critical of the regime, and since then it is believed that Mr. Raslan has been held incommunicado, with conflicting reports relating to his fate and whereabouts.

CRNI has been working ceaselessly in an attempt to try and ascertain exactly what has happened to Mr. Raslan and to gain information about his health and status, enlisting the support of the United Nations Human Rights Council and its Working Group on Arbitrary Detention. We have now been informed that the Syrian Permanent Mission to the UN, in response to a request by the UN for information relating to Mr. Aslan, has confirmed that he was arrested for publishing cartoons ‘offending the state’s prestige’, and that he is still under investigation by the ‘relevant authority’. While this news is welcoming, in its confirmation that he is alive and well, we still await further details relating to his condition, where he is being held, and his legal status.

CRNI will continue to campaign on behalf of Mr. Raslan, to ensure he is treated fairly and in compliance with UN regulations, having been a prisoner now for 20 months without trial; calling on the relevant Syrian authorities to supply further details, to determine exactly what his legal status is, and pending the outcome of investigations, or trial, a release date.

Updates on the campaign and any further news relating to Mr. Raslan will be published on the CRNI website, and social media, and our support, alongside the rest of the international community of political cartoonists, and monitoring of the situation, in particular concerning his health and wellbeing, will continue on. 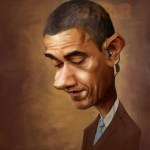 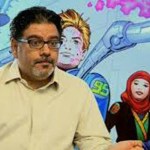