Idol, inspiration, motivation and many other such words are much heard of and talked about from a very young age of every person. There’s hardly a child who has never been asked what s/he wishes to become once grown up. And, to answer that question no girl, perhaps, ever found an easier name to come up with than from the long, fascinating list of the world of the Disney Princess. Disney’s world of fairy tales is full of magnificent female lead characters with much desirable beauty and unfathomable kindness, a sense of sacrifice for others and totally no ambition almost. For that last feature i.e. ‘no ambition’ there can be real arguments. Many of those stories have shown that a Disney princess is a warrior of life, even fighting actively on the real battlefield. But all those valor is always lost by the curtain of ‘pleasing everyone’. Has there been a single Disney female lead who has been accused of ‘being rude’ or ‘blunt’? Not that I can recall. The legacy of this kingdom of princess started in 1937 with the appearance of Show White and later, there were other two who accompanied her at the beginning of this empire- Cinderella and Aurora (The Sleeping Beauty).

In 1959 when Aurora finally woke up from her cursed sleep, Disney waited a really long time to present a female lead on screen after that. Then appeared The Little Mermaid in 1989. Stories, so far, have almost been the same- a princess that is loved by all the audience for her ‘good-girl’ avatar and kindness, selflessness, beauty and the desire to ‘do-good-to-all’. She is on the hunt for a prince and struggles a lot to unite with him by sacrificing a piece of her in the process. While she is maybe really helpful to many others, she forgets to please herself.

Read also: Walt Disney: The Magician of Every Childhood

The story got a real shift with the appearance of Jasmine in 1992 as the princess of Aladdin. She wasn’t really the white beauty or someone that looks likes ascended from heaven. She was much real and instead of settling down with a prince, she chose to fly for her dreams. Slowly the empire of Disney introduced princesses like Pocahontas, Mulan, Merida, Elsa- all of them were shown to be a bit different from their predecessors.

They didn’t try to please a prince or become a wife. They had their own struggles to fight and win. They set out on their own mission. They were not the stereotypical Disney Princess Characters. Yet, they had some really shocking similarities which need to be- corrected, in order to really be that ‘idol’ for a young girl of the 21st century. To begin with, first, let’s take a look at some interesting facts. A team of researchers from Spain’s Grenada University analyzed 621 cartoon characters, a few years back, from 163 series including Monster High and Shin Chan. Girlfriends, mothers or companions to the animated heroes or villains are the roles that are stereotypically played by the female leads in those series. The women were also found to have certain common features like jealousy, obsession with their bodies, desire to please others, superficiality and even materialism.

Another study found that in the Disney films made between 1989 & 1999, male characters had three times more dialogues than the female characters. American linguists have shown this difference in a more specific and shocking way. Disney showed that the duration to speak given to the men of these films is 68% in The Little Mermaid, 71% in Beauty & the Beast, 90% in Aladdin and 76% in Pocahontas.

To stretch even further, Ariel (The Little Mermaid) chose to stay dumb for life i.e. given up her ability to speak ever again, in exchange to have the love of her life. Pocahontas showed that even as a cartoon character, a woman is not allowed to have it all. She had to choose between her career and a happy romantic life.

But the impact of such a presentation on screen is much heavier in real life when young girls tend to associate themselves with Disney princesses characters. They grow up with the concept embossed deeply on their mind that girls are supposed to be playing the passive roles in life. They are supposed to be the glamour to make life visually pretty and never get their hands dirty (in ethical, legal ways) to fulfill their dreams.

They learn that all the great powers to serve the society and bring peace in the time of chaos are given to the superheroes i.e. men; whereas, women are supposed to be involved in solving more private issues than getting engaged to serve the humankind in general. Mulan, the Chinese warrior was respected and followed by her people because she cut her hair short and wore clothes of a man.

This means no matter how qualified a woman is, she will never receive the respect that a man does. Elsa went into a self-imposed exile when she failed to control her anger and cold emotion that turned things into frozen, despite being a capable ruler. This very incident shows that women are much less capable of controlling their emotions and are not built of a strong, determined personality. And the change in this stereotype is never viewed as ‘normal’. Author Peggy Orenstein made these societal norms look literally ‘embarrassing’, to be put in a decent way, in her article ‘What’s Wrong with Cinderella?’ published in the New York Times in 2006 and a subsequent book ‘Cinderella Ate my Daughter’ published in 2011.

In these published works she showed how each & every part of a girl’s life is influenced by the world of Disney Princess- from a pen to a Band-Aid. She also showed how her daughter was stereotyped by society when she saw that the girl was offered a princess cake, pink balloons, and even a ‘princess chair’ at her dentist’s.

Inspired by Orenstein’s book, lead author and associate professor of Family Life at Birmingham Young University, Sarah Coyne and her team conducted a study with 198 pre-school and kindergarten girls & boys to find out more social data regarding the princess influence, caused by princess-driven marketing strategies, on children. The key findings were:

The parents’ views, however, was not found in this study; although, Coyne believes that the parents may cause such problematic attitude in young girls by, let’s say, praising a princess’ physical appearance- it’s only obvious that any child is ready to do anything to be the perfect human being in her parents’ eyes.

This unfortunate situation doesn’t limit to the cartoons only. In every form of art and culture, a woman is presented as a softer, motherly, selfless, kind, people-pleasure. A woman is always expected to be ‘good’ in other’s views and ‘settle down’ with a perfect husband. A woman is taught to increase the visual beauty of things that are concerned with her.

This very belief extends to our real life as well. We laugh and find it funny when a woman is portrayed as shallow, not understating diplomacy and behaving like a child. Women are more appreciated as a fashion designer, teacher, doctor and every other job that doesn’t include her to perform activities beyond the typical ‘feminine definition’.

Whenever a girl breaks through from this set-up norms and reaches to the top of a mountain, or bikes along the cliffs, or makes a serious scientific discovery- she becomes viral all over and is hailed like an icon, only to emphasize the fact that ‘she is not supposed to be doing this’ even more. Whenever a political leader is a woman, it’s believed strongly that ‘it’s not her brain’ that came up with a groundbreaking political strategy and rather, it was that of her male advisor.

Why is this happening even in this ultra-modern world of globalization and digitization? How many times we, the women, actually speak up against the events when we are stereotyped? Every time a woman is praised more than a man for her professional achievements, she should protest and disengage herself from those promotions; every time she is given a certain type of privilege because of being a woman like standing ahead in a line despite coming later, given the last piece of that pie and even in the really significant events in life- she must refuse to take that privilege.

Only when she is expected to behave better than a man because of her talent and integrity, she should appreciate it and be proud of it.

A woman herself can break the society-imposed stereotypes and the animated worlds have a big part to play in it. 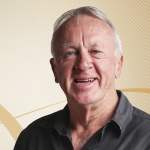 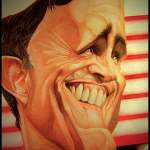