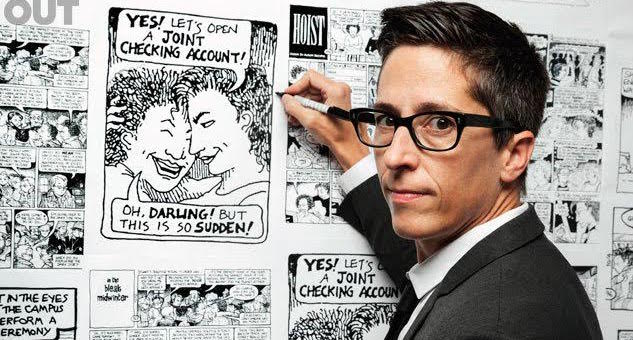 Alison Bechdel is an American cartoonist. She was born September 10, 1960. Originally best known for the long-running comic strip Dykes to Watch Out For, she came to critical and commercial success in 2006 with her graphic memoir Fun Home, which was subsequently adapted as a musical which won a Tony Award for Best Musical in 2015. She is a 2014 recipient of the MacArthur “Genius” Award. She is also known for the Bechdel test.

Alison J. Bechdel was born in Lock Haven, Pennsylvania, the daughter of Helen Augusta (née Fontana; 1933–2013) and Bruce Allen Bechdel (1936–1980). Her family was Roman Catholic. Her father, an Army veteran who was stationed in West Germany, was a high school English teacher full-time and operated a funeral home part-time. Her mother was an actress and teacher. Both of her parents contributed to her career as a cartoonist. She has two brothers, Bruce “Christian” Bechdel II, and John Bechdel, a keyboard player who has worked with many bands including Fear Factory, Ministry, Prong and Killing Joke. She left high school a year early to attend Simon’s Rock College from 1977 to 1979. Bechdel eventually transferred to Oberlin College, graduating with a degree in studio arts and art history in 1981.

Bechdel moved to Manhattan during the summer of 1981 and applied to many art schools but was rejected and worked in a number of office jobs in the public industry.

She began Dykes to Watch Out For as a single drawing labeled “Marianne, dissatisfied with the morning brew: Dykes to Watch Out For, plate no. 27”.  An acquaintance recommended she send her work to WomaNews, a feminist newspaper, which published her first work in its June 1983 issue. Bechdel gradually moved from her early single-panel drawings to multi-paneled strips.  Dykes to Watch Out For began this process, developing a series of posters and postcards, allowing people to have a look into the urban lesbian community. After a year, other outlets began running the strip.

In the first years, Dykes to Watch Out For consisted of unconnected strips without the regular cast or serialized storyline. However, its structure eventually evolved into a focus on following a set group of lesbian characters. In 1986, Firebrand Books published a collection of the strips to date.  In 1987, Bechdel introduced her regular characters, Mo and her friends, while living in St. Paul, Minnesota. Dykes to Watch Out For is the origin of the “Bechdel test”, which has become a frequently used metric in the cultural discussion of the film. In 1988, she began a short-lived page-length strip about the staff of a queer newspaper, titled “Servants to the Cause”, for The Advocate. Bechdel has also written and drawn autobiographical strips and has done illustrations for magazines and websites. She became a full-time cartoonist in 1990 and later moved near Burlington, Vermont. She currently resides in Bolton, Vermont. In 2012, Bechdel was a Mellon Residential Fellow for Arts and Practice at the Richard and Mary L. Gray Center at the University of Chicago and co-taught “Lines of Transmission: Comics & Autobiography” with Professor Hillary Chute.

In November 2006, Bechdel was invited to sit on the Usage Panel of the American Heritage Dictionary. 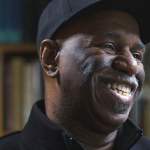