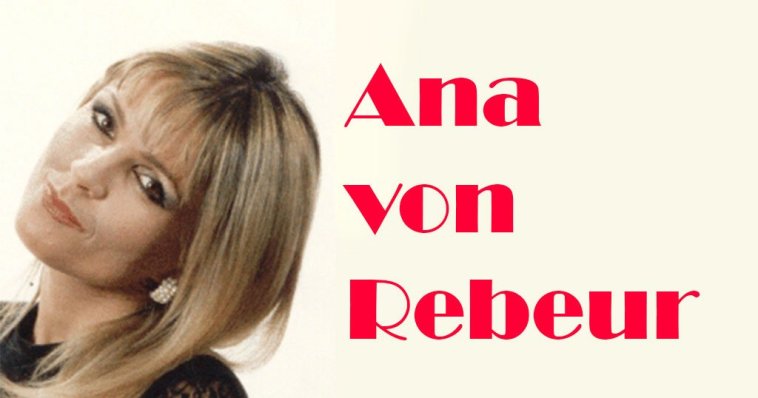 Ana von Rebeur, Journalist, cartoonist, illustrator, and writer.
Student of Nursing at the University of Buenos Aires
A chef at her own restaurant: “Comer en lo de Ana”
She had been working as a freelance illustrator and writer in more than 60 newspapers, magazines, and websites in Argentina, Spain, EEUU and collaborating in Iran, Serbia, England, India, etc.
Have 31 books published in Argentina, Spain, USA and Bosnia, half of them are humor books Worked as a TV and radio scriptwriter, comedian, producer, and columnist…
Ana von Rebeur was an air hostess in Aerolineas Argentina’s for 14 years. In between flights, she studied Graphic Design and Publicity at Pan-American School of Arts, Chemistry at Morón University and Psychology at the University of Buenos Aires. Drop the careers to become an air hostess in Argentina Airlines and a journalist and writer at the same time.
From 1986 to 1997, she was a permanent cartoonist in Humor and Sex Humor magazines. From 1988 until now, publishes cartoons and also works as a writer and journalist in more than 60 magazines of different subjects and countries. She was an editor of travel magazines and made the humor page of Cosmopolitan magazine of Spain and Psicología Practica of Spain for several years  She also worked as a comics translator for  DC Comics ( New York)  and Sulaco Editions, Spain.
And she was the Chief Editor, writer, and illustrator of several Internet websites.
Since 2002 is a director of Cartoonists Rights Network in Argentina, and president of FECO (Federation of Cartoonists Organizations) of Argentina, in which she organized an Itinerary School of Cartoons.  She also takes part in Cartooning for Peace, a French organization against censorship and war, founded by French cartoonist  Jean Plantu, of Le Monde.
Author of four theater plays, from which “The Daughter” was twice awarded and stayed in theatres for 3 years.
Wrote educational CD Roms and manuals on computer´s programs for EXO, S.A. computers
Manufacturers.
She organized the FECO Argentina First International Cartoon Festival 2002 of Buenos Aires exhibiting 1067 cartoons from 295 artists from 45 countries. The exhibition was shown at Boca Juniors Football Stadium, Centro Cultural Recoleta and Calico mix in 2002, Comic Festival held by the University of Cali, Colombia. It was sponsored by the Embassy of Spain Cultural Department.
She published cartoons in England, Ucrania, Creta, México, Serbia and Uruguay and her works are exhibited in many countries of the world (Tanzania, Turkey, France, Italy, Romania, Croatia, Japan, etc)
In 2006 was invited by UNICEF to take part in the book “Draw Attention” to celebrate the 60th anniversary of UNICEF, together with artists as Pat Oliphant and Til Mette.
Ana von Rebeur was asked to take part in a luxury book about Plastic Surgery by Angelika Taschen, a publisher from Germany.
She made more than  400 color illustrations for a handbook for alphabetization of adults  over care of little children , that took part of the book “Take my hand”, distributed by the OEI ( Organization of Iberoamerican Estates)  and AECI ( Agencia Española de Cooperación Internacional)-  through Honduras, Guatemala, El Salvador, Costa Rica and Panamá, rural schools .
Ana von Rebeur is a volunteer of the NGO Women on Waves website and translated to Spanish most of its contests about safe medical abortion.
Ana von Rebeur organized an International Cartoon Exhibition of Brazilian Cartoonists in Serbia, about “Situation of the Women in the Wold” in Spain, and one about “natural Food” in Argentina all of them with more than 200 international participants.
I was a professor of a global fellowship in Spanish Literature at the Gustavus University of Minneapolis, USA.
Ana von Rebeur is now writing and drawing humor books that are sold in all Spanish speaking countries. She also makes covers and illustrations for learning books of publishers of Germany and the United States.
Ana von Rebeur is a cartoonist of the TV5 France website, the international French TV Channel.
Applying the knowledge she got in her brief Chemistry career, she wrote the biography of colors, a story on how men got to have a stable color trapped in a tin tube. It’s a less than a two centuries old miracle to which we cartoonists are very grateful!
Ana von Rebeur also has more than 40 blogs, like http://anavonrebeur.blogspot.com.
Ana von Rebeur is an active member of Cartooning for Peace of France and works for TV5monde, org
Owner at Balcones al Rio hostel http://balconesalrio.blogspot.com.ar  in Tigre, Buenos Aires, Argentina
Owner and chef at Comer en lo de Ana Restaurant, Acassuso Buenos Aires, Argentina http://comerenlodeana.blogspot.com. ar
Ana von Rebeur made advertising campaigns (both written and designed) for Movistar, Citibank, Trains of Europe and Boehringer  Ingelheim, among others
Certified doula (midwife- birth therapeutic companion) www.Dar.org 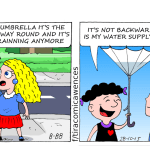