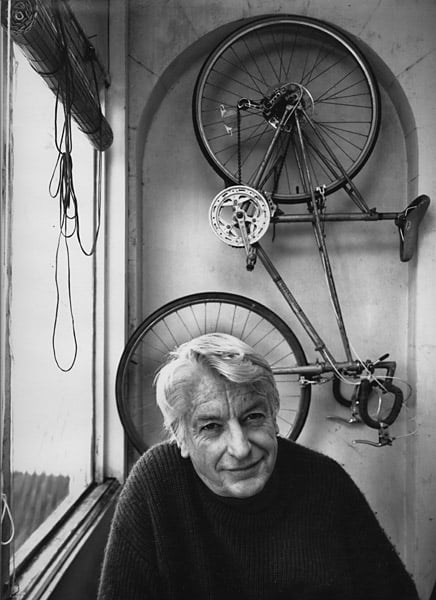 Bruce Petty, born in 1929 at Don caster, a suburb of Melbourne, is one of Australia’s best known political satirists and cartoonists. He is a regular contributor to Melbourne’s The Age newspaper.

His intricate images have been described as “doodle-bombs” for their free-association of links between various ideas, people and institutions. Age journalist Martin Flanagan wrote that Petty “re-invented the world as a vast scribbly machine with interlocking cogs and levers that connected people in wholly logical but unlikely ways.” Petty was first married to ABC journalist and film critic Julie Rigg. They have two sons. In 1988 he married award-winning author Kate Grenville, with whom he has a son and a daughter. He and Grenville have separated, and Petty is now partnered with the bookseller Lesley McKay.

Petty began working for the Owen Brothers animation studio in Melbourne in 1949, before moving to the UK in 1954. His cartoons were published in The New Yorker, Esquire, and Punch. On his return to Australia in 1961, he worked at first for The (Sydney) Daily Mirror, The Bulletin, and The Australian before joining The Age in 1976. In 1976, the animated film Leisure, of which he was the director, won an Academy Award for the producer Suzanne Baker (the first Australian woman to win an Oscar).”When I got it, the Oscar went to the producer. We got a picture of it, a very nice gold-framed picture.” (The Age, 22 June 2004). His early political cartoon book, Australia Fair was an inspiration for every Australian young cartoonist. His liberated freewheeling line work (inspired by Thurber and Topolski) influenced many young cartoonists who yearned for a style that did not depend on conventional draughtsmanship. He has made many films since then including Global Haywire which won an AFI award for Best Director. His love of the “contraption” also drew him to make a three-dimensional sculpture called “Man Environment Machine,” exhibited at the World Expo in 1985 in the Australian Pavilion.

His other great achievement was in a sense journalistic. He imagined a visual approximation of economics, a Newtonian world of levers and pulleys. The pseudo-scientific jargon of economics is easy meat for a satirist. Bruce’s wild thicket of lines is ideally suited to the chaotic reality of modern economics in the era of the Global Financial Crisis. For years, Bruce has attended Federal Government budget lock-ups. For about five hours Bruce would be locked in a room full of reporters,sub-editors and other cartoonists and a mountain of budget papers. His job was to find a humorous or ironic comment on as many budgetary categories that he could. Faced with this task, most other cartoonists would struggle to invent more than a handful of ideas. Within an hour of reading the budgetary summaries, Bruce’s desk would be littered with dozens of brilliant, miniature cartoon ideas. Each cartoon was a marvel of dexterity and insight. They were also very funny. Bruce never had a regular designated Petty-desk at The Age.

He has made several other award-winning animated films including “Art“, “Australian History“, “Hearts and Minds” and “Karl Marx“.Bruce has also created several “machine sculptures” with the most famous being a piece known as “Man Environment Machine” (fondly known as the “Petty Machine“)that was a feature piece of the Australian Pavilion at World Expo ’85 at Tsukuba, Japan.

In 2007, he received the AFI Best Documentary Director prize for the documentary Global Haywire which he wrote, directed and animated, as well as the Best Documentary Sound prize; this documentary tries to unravel the global pattern that leads to an understanding of how the world came to be as it is today, and is based on interviews with intellectuals, students and journalists. Bruce’s 2008 book, Petty’s Parallel Worlds, is a retrospective collection of editorial cartoons from 1959 to the present, street sketches were done on assignment around the world, and etchings. Those of Petty’s cartoons that depict themes such as the economy, international relations or other social issues as complicated interlocking machines (that manipulate, or are manipulated by, people) have been likened to Rube Goldberg machines or Heath Robinson contraptions. At the 2016 Walkley Awards Petty was recognized with the Most Outstanding Contribution to Journalism award.

Petty says in the foreword to Parallel Worlds that he is a humanist and Socialist, mentions visiting Nicaragua and Cuba in the early 1960s, and feeling the influence of Colin Wilson’s The Outsider. Also by Charlie Perkins. 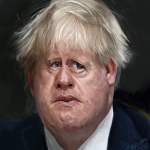 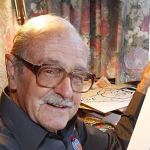