Michael Leunig was born on 2 June 1945, typically he referred to as Leunig (his signature on his cartoons), is an Australian cartoonist, poet, and cultural commentator. His best-known works include The Adventures of Vasco Pyjama and the Curly Flats series of book compilations of his cartoons. He was declared an Australian Living Treasure by the National Trust of Australia in 1999.

Leunig, a fifth-generation Australian, was born in East Melbourne and grew up in Foots cray, an inner-western suburb, where he went to Foots cray North Primary School. He then went to Maribyrnong High School, but as the school had not finished being built, he first had to attend classes held at the nearby Royal Melbourne Showgrounds in Ascot Vale. He failed his final year examinations, twice. After working as a laborer in an abattoir. Leunig enrolled at the Swinburne Film and Television School, where he was at first interested in making documentaries. He was conscripted in the Vietnam War call-up, but he registered as a conscientious objector; he was rejected on health grounds when it was revealed that he was deaf in one ear.

Leunig’s first marriage to Pamela Munro ended in divorce He married his second wife, Helga, in 1992. His four children were all born on notable dates: Gus on Guy Fawkes Day 1974; Sunny on Valentine’s Day 1977; Minna on Australia Day 1992, and Felix on Christmas Day 1994. His sister, Mary Leunig (b. 1950), is also an accomplished cartoonist. Leunig began his cartoon career while at Swinburne in 1965.when his cartoons appeared in the Monash University student newspaper Lot’s Wife. In the early 1970s, his work appeared in the radical/satirical magazines Nation Review, The Digger, and London’s Oz magazine, as well as mainstream publications including News day and Woman’s Day. The main outlet for Leunig’s work has been the daily Fairfax Media newspapers, Melbourne’s The Age and The Sydney Morning Herald. In more recent years he has focused mainly on political commentary, sometimes replacing or supplementing his simple drawings with reproduced photographic images with speech balloons attached. The Australian Broadcasting Corporation has also provided airtime to Leunig to discuss his views on a range of political and philosophical issues.

Leunig’s drawings are done with a sparse and quivering line, usually in black and white with ink wash; the human characters are always drawn with exaggerated noses. This style served him well in his early years when he gained a loyal following for his quirky take on social issues. He also made increasingly frequent forays into a personal fantasy world of whimsy, featuring small figures with teapots balanced on their heads, grotesquely curled hair, and many ducks. Leunig has frequently satirized concepts such as Americanization, greed, consumerism, corporations, and warmongering, in a personal proclamation against the War on Terror. Readers and critics took special note of his parodies of political matters, especially those concerning former Australian Prime Minister John Howard and former American president George W. Bush. These have earned Leunig a description as “political cartoonist”. though this is misleading as only some of his works are political in nature or reference. His work has also frequently explored spiritual, religious, and moral themes.

In 2008, Leunig wrote that “Artists must never shrink from a confrontation with society or the state”.His cartoons have occasionally been a source of controversy. Between 1995 and 2000 he drew the ire of “working mothers” by satirizing the heavy reliance upon childcare services in the Australian culture, in several of his works. Leunig’s opposition to the 2003 invasion of Iraq, although in line with over three-quarters of the Australian populace, drew some criticism in the press. In 2006, Fairfax Media censored a cartoon in New South Wales but not in Victoria, which criticized the then prime minister, John Howard. Leunig has also stated his opposition to the Israeli government, and three of his 2004–2006 cartoons drew letters of protest nationally and internationally about this. The three pieces took as their subjects: IDF bomber pilots (13 April 2004); Sheikh Ahmed Yassin’s assassination order from Ariel Sharon (11 January 2006); and the renewed Gaza occupation (12 July 2006). the policies of Israel with an antisemitic, generalized subversion of the Jewish experience, by relying upon a reference to the Jewish Holocaust. This cartoon came to international attention after it was entered into an Iranian competition conceived by the newspaper Hamshahri as retaliation for the Muhammad cartoon controversy.

later emerged that the cartoon had been submitted as a prank by Richard Cooke, a web contributor to the Australian comedic team The Chaser. Leunig has partially defined his position with this statement:

“I have a Jewish friend, a Holocaust survivor, who says that she never could have lived in Israel because in her view it is a totalitarian state…I believe that something fundamental and vital, not just to Israel but to the entire world, has been gravely mishandled by the present Israeli administration and it bothers me deeply. It is my right to express it.”

In the series of cartoons that Leunig has created throughout his career, several characters have persistently appeared, including:

2.Mr. Curly – a contented character who is at ease in the natural world.

3. Vasco Pyjama – a restless wanderer who sometimes seeks the counsel of Mr. Curly.

Leunig has, from a very early stage in his career, often included his handwritten poetry within his cartoons; subsequently he has also published books of poetry. He has been very open about his themes, in interviews about his work. 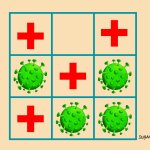 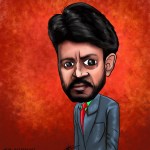