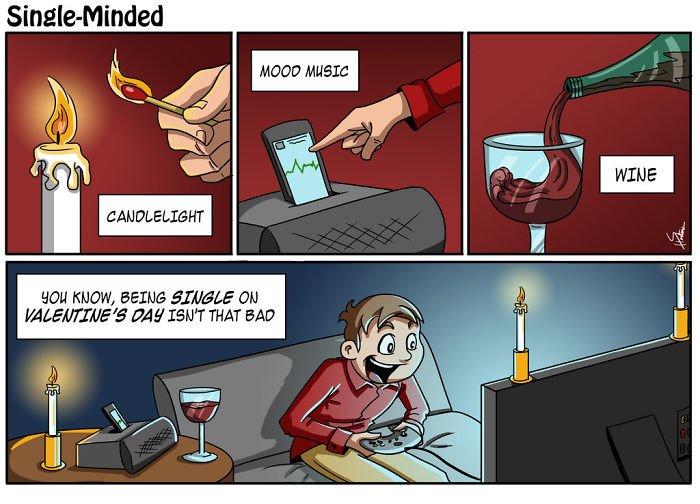 On Becoming A Cartoonist: Someone once told me there are two things to consider when thinking of becoming a cartoonist: 1. You must be funny and 2 You must know how to draw.

Though the jury is still out whether I am funny, I know for a fact that I cannot draw a straight line. So I felt certainly given the advice I was given, no matter how many funny concepts and concepts I’d written, I would probably never be a contender. Then I met the late Marc Cohen online, a close friend of Peanut’s creator Charles Schulz who advised me that many cartoons were done by teams of artists and writers.

As I researched this even further, this was confirmed by top single-panel syndicated cartoonists Dave Coverly (Speed Bump), Leigh Rubin (Rubes), and John McPherson (Close To Home). Oddly enough, it was the bigger cartoonists, the one’s who were “superstars” who spent their generous time talking to me about the business. By the time I finished learning from them, my confidence was up. That was April of 1997.

I will not bore you with the details of my false starts, my economic woes, my losing artists as quickly as they arrived, or any of that. You can only imagine.

I also can’t tell you how many times I nearly “threw in the towel”. A day did not go by that I was not certain I could never do this again. In 2001, I suffered a major heart attack, and was for certain I would never create again. Oddly enough, the opposite happened. I was more productive than ever after that event.

Fast forward ten years and the smoke has settled. I have worked with some of the best cartoon illustrators in the world, writing the cartoons and concepts and assigning them to my cartoon team. So do you have to draw to be a cartoonist? See the above text. Of course not. Do you have to be funny? Well it couldn’t hurt. But the word “funny” is subjective. I get emails and letters daily asking from everything to autographs to permission to print in periodicals, training manuals, newspapers, magazines, etc.

I have my line of merchandise from mousepads to tee shirts, my own cartoon gourmet coffee gift basket line, my own “cartoon designer clothing line” and now a non-cartoon site that offers consumer goods such as jewelry, laptops, etc. My lure to the store is a free $50 cartoon gift basket with every $500 order. It works and customers are happy!

So what do you have to do to become a cartoonist? First get organized. Have a plan. If you are like me, a writer, and not an artist, you *must* believe in your humor. If you don’t, it will suffer and so will those who have to view it.

The tell yourself you know you are going to come across rejection. If it were easy, everyone would be doing it. I cannot begin to tell you how many rejection letters don my walls. I remember the first one that was from an angry New York literary agent. I wanted to do a series of cartoon books and queried agents (before I was even a little bit well known).

I received one letter back; it was the one I sent her and she merely wrote at the bottom “What do I need with another failed cartoonist?”. I braced myself for the emotional blow and kept going, knowing that Margaret Mitchell had over 40 rejection letters for Gone With The Wind. Isaac Asimov had his share. So did many others. So why not me? I had fun putting myself in the league with literary giants who were used to rejection. Suddenly I felt a bond with them.

When I started Londons Times Cartoons I could not afford a private domain so I put it up on a free web host with more pop-up ads than images. I was ridiculed in my community incessantly. It was brutal. I persisted. I learned that was the key as much as talent if not more so.

One day, in 2005, I got a call from a newspaper publisher wanting to know if he could run my cartoons. He said he saw my website was the 67,000th most popular site on the Internet according to Alexa.com (Amazon.com’s analytical site). I had no idea. I thought we were still getting a few hundred visitors a day. We were getting 4000 hits an hour, and to date have had over 7.5 million hits since early 2005. I am still astonished.

All this is due to persistence. And now we have Ezines, blogs, and other media available to us that Charles Schulz did not. I know myself well. I am not the most talented guy in the world, but not the least either. I can write a good line and turn a phrase. The Internet has virtually (no pun intended) leveled the playing field for anyone with the least bit of creativity who wants to express it.

It is the First Amendment in full action, no doubt. Express yourself. Be creative. Make a hobby or business out of it. You will see what great therapy it truly is. Good luck

On Becoming A Cartoonist 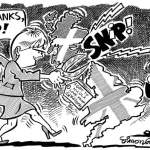 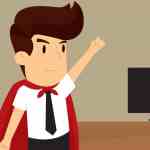