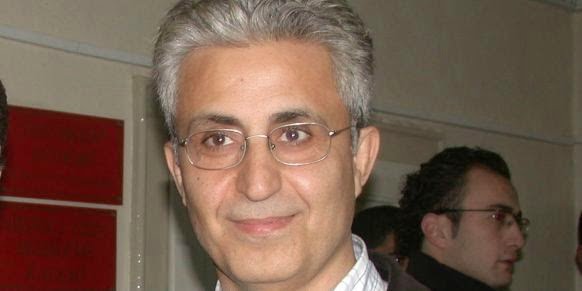 Prosecutors seek 9 years for cartoonist over Erdoğan caricature: Turkish prosecutors have filed an indictment against a famous cartoonist working for the Cumhuriyet daily over a caricature he drew criticizing then-Prime Minister Recep Tayyip Erdoğan’s attempts to cover up a graft probe that shook the country late last year, seeking up to nine years and 10 months in prison for the cartoonist.

Cumhuriyet reported on Monday that according to the indictment filed by the İstanbul Chief Public Prosecutor’s Office, Erdoğan filed a criminal complaint against cartoonist Musa Kart for insulting him and slandering him via the media in a caricature that was published in the daily’s Feb. 1, 2014, edition. The press bureau of the prosecutor’s office initially ruled that there were no grounds for legal action over the caricature. However, upon objections from Erdoğan’s lawyer, the Bakırköy 14th High Criminal Court ruled that the cartoon went beyond the boundaries of criticism and revoked the initial decision. The indictment filed afterwards calls for a prison sentence of up to nine years and 10 months for Kart. The court will begin to hear Kart’s case on Oct. 23.
In the cartoon that led to his trial, Kart depicted two thieves stealing money from a safe box. One of the thieves is saying “Don’t rush, our watchman is a hologram” and Erdoğan can be seen keeping watch as a hologram in the background. Kart was referencing Erdoğan’s appearance at a party meeting as a 10-foot-tall hologram in late January.
“It once again becomes clear that there is the caricature of justice in Turkey, not justice itself,” Kart said while commenting on his trial.
Pointing out that not one of 209 people who was implicated in the corruption investigation, which went public on Dec. 17 and Dec. 25, will stand trial following last week’s decision by İstanbul prosecutors to drop charges against them, Kart said: “Now there is a cartoonist who will stand trial. … Even cartoonists would not have imagined such a scene.”
The highly-publicized investigation on Dec. 17 was followed by a second wave on Dec. 25, and was labelled by authorities as a “coup against the government.” It had implicated the sons of several then-ministers, pro-government businessmen and the chief of a state bank.
At the heart of the probe was Iranian businessman Reza Zarrab, who was allegedly involved in a money-laundering scheme as part of his strategy to bypass US-led sanctions on Iran.
Barış Güler and Salih Kaan Çağlayan, the sons of former Cabinet ministers, were also among the suspects whose charges were dropped.
The alleged crimes against the former suspects, as mentioned by the prosecutors, included: “The transfer of lands with a value of billions of dollars at very low prices, the seizure of mines from businessmen by force, tender-rigging, illegally giving state tenders worth billions of dollars to businessmen, changing the status of protected areas through bribery, opening these [areas] for construction and making large profits off of them.”
Since the investigations were made public in December, then-Prime Minister and current President Erdoğan have sought to discredit the prosecutors and police officers behind the investigations by accusing them of working to oust the Justice and Development Party (AK Party) from power. Those prosecutors and police officers, along with tens of thousands of others, have been reassigned.

The “parallel structure” is used by the AK Party government and pro-government circles to refer to the faith-based Hizmet movement, which is inspired by Turkish-Islamic scholar Fethullah Gülen. Hizmet strongly denies Erdoğan’s accusations.
Dozens of police officers who took part in the graft probe have been detained across Turkey on suspicion of illegal wiretaps.