The Love Boat (simply Love Boat) is an American comedy/drama television series set on luxury passenger cruise ship S.S. Pacific Princess, which aired on the ABC television network from May 5, 1977, until Feb 27, 1987; in addition, four three-hour-long specials aired in 1986, 1987, and 1990. 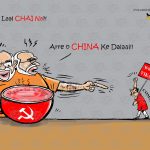