Causing or meant to cause laughter.

a comedian, especially a professional one.

We loaded the car up with snacks, comics , some storybooks and a selection of toys in order to keep up Zachery’s interest.

late 14c., “of comedy in the dramatic sense,” from Latin comicus “of comedy, represented in comedy, in comic style,” from Greek komikos “of or pertaining to comedy,” from komos. Meaning “intentionally funny” first recorded 1791, and comedic (the 1630s) has since picked up the older sense of the word.

Speaking of the masters of the comedic spirit (if I call it, as he does, the Comic Spirit, this darkened generation will suppose me to refer to the animal spirits of tomfools and merryandrews) …. [G.B. Shaw, 1897]

Something that is comic has comedy as its aim or origin; something is comical if the effect is comedy, whether intended or not.

Definitions of Comic Research and written by Arifur Rahman 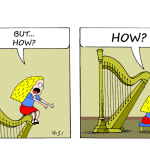 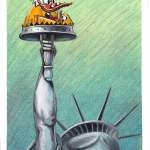