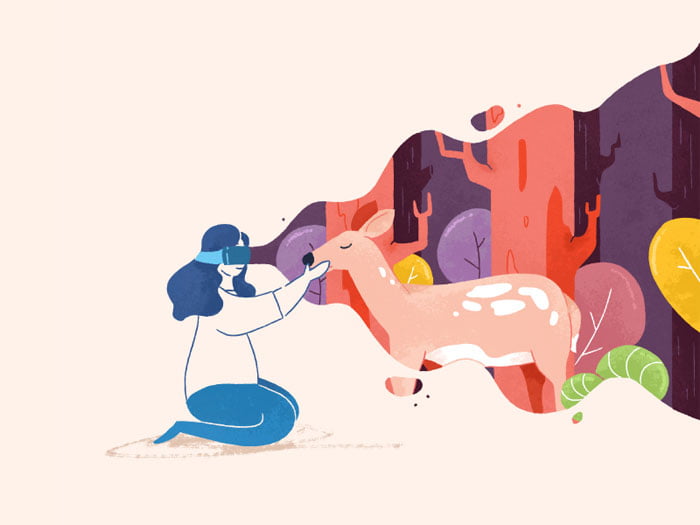 It’s one thing to know how to draw characters, but creating your own is something else.

You need to understand the style they’ll fit into, who they are, what they’ll be doing, and what will simply look good.

It’s easy to say that you a certain character design from a movie, cartoon, or ad, but it’s another to learn how to design your own character.

One of the most important elements of good character design is simplicity. Simple character design means that more time can be spent polishing the entire scene or drawing other frames of animation.

Think of Mickey Mouse’s three-fingered hands. That was a decision made to save production time, allowing more cartoons to be produced more quickly. It is now one of the Disney mascot’s most iconic features.

Of course, while simplicity is key, there’s more to designing characters than that. You need to figure out what should be exaggerated, what should be downplayed, which adds a sense of personality, and much more. Good character design is the result of hours of careful thought and multiple design iterations.

This is an intimidating task, especially if you’re just getting started. Here are some character design tips to help you create amazing characters for your project.

Now let’s go through these character design tips in detail.

Figure Out Your Target Audience At the beginning of your character design process, decide on who your character is trying to appeal to. Characters meant to appeal to small children, for instance, often have bright colors and are designed around the use of basic shapes.

If you’re designing characters for a client, often many elements are already decided. Understanding who your character’s target audience means that you can figure out how to design a character based on that audience’s tastes.
Are You Working in 2D or 3D? From a technical standpoint, there’s a world of difference between 2D and 3D character design. Many of the principles are the same, but the effect of certain choices can be very, very different.

3D characters can be seen from all angles, so you’ll need to figure out what they look at when viewed from all around. You’ll need to have a very clear sense of the character’s height, weight, and shape.

2D characters can do all sorts of physically impossible things just based on how they’re drawn. 3D characters need to have a more realistic physicality to them. Tiny legs and a huge body are a lot harder to make look right in 3D animation.

That character will look like he should fall over if he tries to walk. Every movement of a 3D animated character requires a special rig to be built.

Details like hair, fur, and clothing need special consideration since they can be very hard to animate. Pixar considered the fur of Sully in Monsters, INC. to be a special achievement that many thoughts were impossible. You should also be aware of the uncanny valley effect in 3D animation. Human faces in 3D animation can be very disturbing if not designed correctly. Horror films have used uncanny valley to great effect, and it can be something you can exploit if you’re trying to create a character that creeps people out.

Be careful of over-simplifying these 3D animated faces while trying to still make them look human. It is, in fact, possible to make people shiver when they see a 3D character blink.

Look into character design tutorials for 3D animation of human faces if you want to create approachable characters for that medium.

Know Where the Character Will Appear Mobile game characters won’t often need to have a lot of details since they will not be viewed that closely.  A cartoon character design will need to be more clear and could need more details, depending on the kind of cartoon. Take the time to figure out why some character design works and why others don’t work. Just take a look around.

Study both the well-designed characters and the poorly designed ones. Figure out why they are appealing or unappealing. What do their physical traits or color choices say about who the character is? Why does that personality appeal to people or leave them cold?  This will help you improve your own character design ideas and skills. Unique characters are actually quite difficult to create. There are thousands (if not millions) of iterations of any kind of character you can imagine. Just think of all the different cartoon dogs, robots, and monsters that you’ve seen. You’ll need to create a strong and interesting character design to have it stand out from the crowd.

Offer people something unique. Why do you think the Simpsons have yellow skin? It helps catch viewers’ attention when they’re flipping through channels, prompting them to pause and see what’s going on in the show.

You should do some research on the kind of character you’re designing before you finalize it. You may find that you’ve ended up accidentally copying a well-known character design and need to make some tweaks to create a truly unique character. Depending on how close the design is and who owns it, there is also the possibility for legal action. People connect to personalities even more than they connect to interesting visual designs. An interesting and coherent personality will help make your character matter to people. For instance, do you know someone who loves Eeyore? 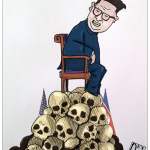 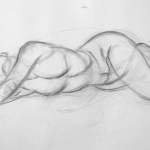