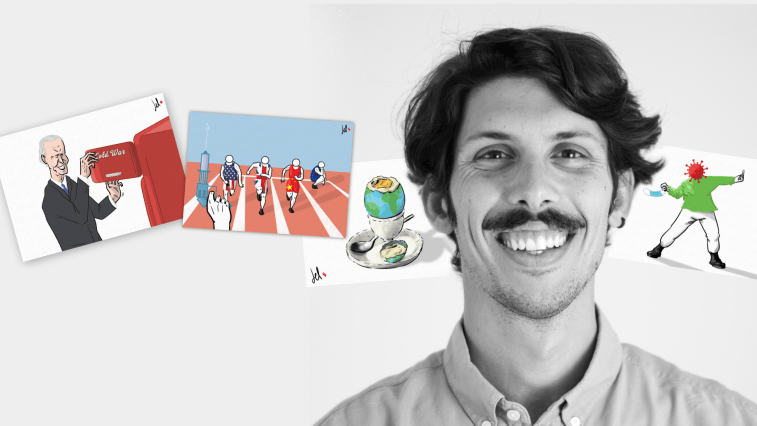 Emanuele Del Rosso is an Italian cartoonist and communications specialist. He was born in Trento in Italy in 1986. He studied literature in Milan and Trento before obtaining a degree in journalism at the University of Groningen.
He publishes his illustrations in several magazines and online newspapers around the world.
Let’s know more about Emanuele Del Rosso!

How and where did you learn to draw?

My mother has some real drawing talent and when I was a kid she used to let me draw a lot. I picked it up again during my journalistic studies in the Netherlands, in 2014, and from there I kept drawing and improving.

Who are the favorite cartoonists from your country?

I like Marco de Angelis, for his playful and powerful drawings, and Fabio Magnasciutti for his digital painting of simple but meaningful scenes.

What was the first cartoon that gave you recognition?

I think it was the cartoon with which I won the Libex award in 2018, a remake of the Tiananmen square photo, with computer mice instead of tanks.

How long have you been working as an artist?

I’ve been published by magazines and newspapers since 2017, but I would say 2020 and 2021 are my breakthrough years.

Name three artists/cartoonists/caricaturists you are inspired by? How have they inspired you?

Vasco Gargalo, I love the way he merges photography and cartoons, and the harmonious use he makes of both. Then André Carrilho simplifies drawings to a designer-like level giving shapes a powerful simplicity. Last but not least, Ben Jennings, of which I like the traditional cartoonish vibe and the texture he can give to his cartoons.

Why did you decide to be a cartoonist/caricaturist/artist?

I think it came quite naturally. I was a journalist and I wanted to be a journalist outside Italy, but my English wasn’t good enough for that. I started making cartoons because of this, as a way of expressing my political opinion on matters I care about, and then I became passionate about it.

What was the first exhibition that you attended?

I think it was in Conversano, during the Lector in Fabula festival, that hosted the Libex award I won the second prize.

Which genres of cartoons do you like to draw?

The ones that make people think. I like single-panel drawings, with no words, that depict an event through a metaphor or a summary of what happened. I don’t go for easy laughs, also because maybe I’m not that strong on gag cartoons.

Tell us about some of your favorite pieces of artwork. Do you feel our young generation is talented enough to hold up their passion for arts, drawing?

First of all thanks for calling me young. I think my generation, and the real young generations that come after mine are incredibly talented. They can make clever use of different means and communications channels to get a message through, and maybe unlock the real power of cartoons. But I do think they will need tradition for that since you can elevate yourself also thanks to giants on whose shoulders to stand upon. I love Magritte, with his surrealism he would have been an excellent satirical cartoonist.

Do you think political cartoons or caricatures should be regardless of depicting any biases?

I think bias is at the core of editorial cartoons. Objectivity doesn’t exist in journalism as it doesn’t in cartoons. Everything is created for a specific purpose and with an idea in mind, and cartoons should depict reality from a specific point of view. At least, this is what I try to do.

What is the biggest achievement you think that you earned in your career?

Drawing cartoons today that are better than the ones I drew yesterday. I think this is what matters, and step by step, if there’s hard work, achievements will come.

According to you, what are some of the main qualities that a cartoonist should possess?

Skepticism, thoroughness, and being opinionated. You maybe would say drawing, but there are some horribly drawn and yet terribly powerful cartoons around.

Did you face obstacles in the early days of your career? If yes, then what sort of?

I have to say I was lucky enough. I worked hard, sure, but I met people that believed in me and gave me space. Probably the biggest obstacle is competition, since the media are often not willing to pay for cartoons and, in any case, there are much more cartoonists than outlets to publish for.

Did you ever get threatened or bullied because of your job?

Once or twice, but nothing scary yet.

Why should anyone choose the same profession as you?

I have no idea! I mean, I draw cartoons that oftentimes are not sold, distribution is a nightmare, there’s no contact with the editors so improving one’s style is a painful and long process… but then somebody sends you a message telling you what you do is great and inspiring, or you get published on a magazine you have always admired, and you get why you’re doing this.

Did you ever felt racism and ethnic discrimination in this field?

Not on me, but I’m sure there is. Racism is everywhere, unfortunately.

Difference between the old and new generations’ cartoons?

Not that big, some really old cartoons could have been drawn yesterday, or even tomorrow!

Keep drawing, keep experimenting, steal as much as you can from cartoonists you love, make it yours, don’t worry about finding a style because that will come with time, and oh, yeah, keep drawing.

What do you think about Toons Mag?

Are you interested to use Toons Mag as your cartoon publishing platform?

I might, yes, although I try to be paid for my cartoons and many of them I wire to syndications. But I’ll hang around for sure!

Do you think that more and more exhibitions should be arranged for promising new artists all over the world?

No, I don’t think so, I’d rather concentrate my efforts on finding a way to engage – I mean, really engage – users and show them the power of cartoons. Let’s not be too narcissistic!

The difference that you want to see in your career after 10 years from now?

Steady income would be great, plus being published in some newspapers I haven’t reached yet. And I hope I’ll be more and more involved in the training and supporting of new cartoonists!

From Toons Mag, we wish you good luck and success! 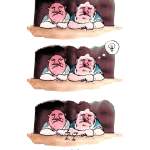 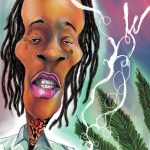