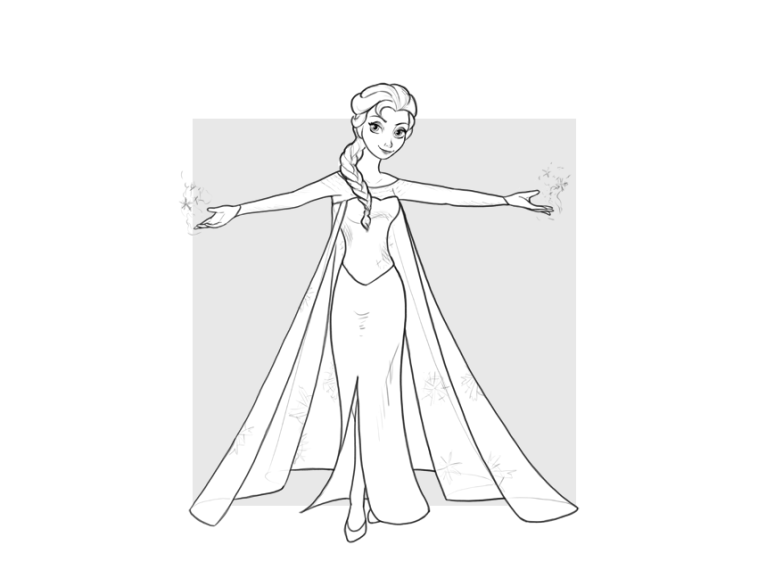 How to Draw Disney Characters

Many people start drawing because they’re attracted by the look of their favorite characters—and in many cases, these favorite characters come from Disney movies. Disney style looks simple, yet it’s very expressive and flexible—after all, it was made for animation, where many drawings must be sketched quickly and consistently. So it’s perfect for beginners who don’t want to get caught up in details!

If you want to learn how to draw Disney characters, whether real ones or your imaginary ones, you’ve come to the right place. In this tutorial, I’ll show you how to draw a Disney-style character—the head, eyes, nose, lips, hair, and the whole body. I’ll explain the proportions so that you can draw your characters consistently. I’ll show you many tricks that you’re not likely to find anywhere else, all in one place and easy to swallow.

Disclaimer: I don’t work for Disney, and the guidelines I’m presenting in this article are not official—they’re only a result of my own analysis of the style. Also, in this tutorial, we’ll only tackle Disney human characters, and only the good ones—animals and villains will get their own tutorials later!

1. Anatomy of a Disney Head

Although drawing is about lines, lines are only the end result of placing a 3D object into a flat surface. This means that if you want to draw something from imagination, you must be able to imagine the 3D object first, not the lines. So let’s take a look at how a Disney-style head is constructed so that you can create a visual model of it in your mind.

The base for the whole head is a sphere. It can be elongated or flattened later, but it’s always safe to start with a sphere. It represents the cranium.

The sphere is then divided into six roughly equal parts—each half into thirds. Making one of the sixths smaller or bigger is a good way to differentiate a character.

The proportion between these two parts depends on the style of the character:

To keep the size and the placement of these parts constant, they should be based on the sections that can be found on the sphere (e.g. 1/3, 2/3, 1/2, etc.). Currently, the most popular “recipe” for cute princesses seems to be:

An ellipsoid should be attached to this sphere—this is the mouth and jaw area. Its bottom should obviously be placed at the bottom of the face.

Imagine this head is made of clay. Push in the front to create sockets for the eyes right at the middle line of the sphere, two thirds high.

Place the eyeballs inside the sockets, one-third high. The distance between the eyes should be just enough to fit a third eye in between.

Divide the lower half of the face into thirds.

Use these sections to place the other elements of the face: the nose at the halfway point, the lips at 2/3, the chin below them, and the cheeks under the eyes, slightly to the sides.

The ear should be placed right behind the jaws, somewhere between the eye line and the nose line.

And this is how all this “anatomy” leads to the final look of Disney’s character head! 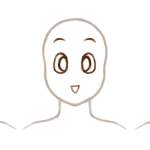 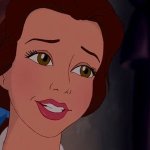