Anime vs Cartoon, Japanese anime is different from cartoons. While both are caricatures that may be animated, anime usually has visually distinct features for characters, and a more “limited animation” style for depicting movement.

Anime – a style of Japanese film and television animation created using a series of drawings or CG, which are displayed one after another, very rapidly, to produce an illusion of movement cartoon – a motion picture that is made from a series of drawings, computer graphics, or photographs of inanimate objects (as puppets) and that simulates movement by slight progressive changes in each frame. Manga – also known as mangos. (totally couldn’t find a definition that wasn’t “Japanese comic or graphic novel”) Comic – a magazine or book that contains a set of stories told in pictures with a small amount of writing, usually in speech bubble form and with visual sound effects.

Anime illustrations are known to be exaggerated as far as physical features are concerned. Usually, one can differentiate anime from a cartoon by observing the physical traits of the characters. Anime characters include “large eyes, big hair and elongated limbs” and — in the case of manga (anime comics) — “dramatically shaped speech bubbles, speed lines and onomatopoeic, exclamatory typography.” Cartoons, however, approximate reality a little more and carry traces of day-to-day life in them. Striking resemblances to humans can be spotted in various cartoons. However, cartoon characters are still caricatures, so they often diverge from reality (e.g., Marge Simpson’s large, blue hair or Brian, the talking dog, on Family Guy).

Facial expressions for anime characters are often different in form than their counterparts in western animation. For example, Embarrassed or stressed characters produce a massive sweat-drop (which has become one of the most widely recognized motifs of conventional anime). Characters that are shocked or surprised perform a “face fault”, in which they display an extremely exaggerated expression. Angry characters may exhibit a “vein” or “stress mark” effect, where lines representing bulging veins will appear on their forehead. Angry women will sometimes summon a mallet from nowhere and strike another character with it, mainly for comic relief. Male characters will develop a bloody nose around their female love interests, typically to indicate arousal. Characters who want to childishly taunt someone may pull an “Akande” face by pulling an eyelid down with a finger to expose the red underside.

Anime is often considered a form of limited animation i.e. common parts are re-used between frames instead of drawing each frame. This fools the eye into thinking there is more movement than there is, and lowers production costs because fewer frames need to be drawn.

The first cartoon is said to have been produced in 1499. It depicted the pope, the holy roman emperor and the kings of France and England playing a game of cards. Since then, many humorists and satirists have been known to produce cartoon strips for the general audience. Even today, one can find archives of old cartoon strips and newly published cartoons on the web.

Anime has a very recent history as compared to a cartoon. In 1937 the United States of America was introduced to Snow White and the Seven Dwarfs through the first anime (full-length feature) to be released was Momotaro’s Divine Sea Warriors’ in Japan in 1945. Since then, there has been no looking back and with each passing year, anime has become a profitable venture for many TV & film producers. While “anime” in Japan refers to all animated productions, English dictionaries define the word as a Japanese style of motion-picture animation. The word anime is said to have been derived from the French term dessin animé while others claim that it was used as an abbreviation during the late 1970s. The word “Japanimation” was also in vogue in the 70s and 80s and referred to anime produced in Japan.

Cartoon, on the other hand, was initially used as a model or study for a painting. Derived from the word “Karton” meaning strong or heavy paper, these were depicted by great artists like Leonardo da Vinci and gained appreciation in their own right. Over the turn of the centuries, the term cartoon was distanced from its original meaning and used excessively to define a humor picture with a caption or a dialogue.

Anime vs Cartoon article has been used references from two Wikipedia articles. 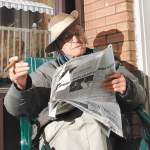 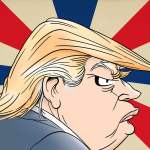