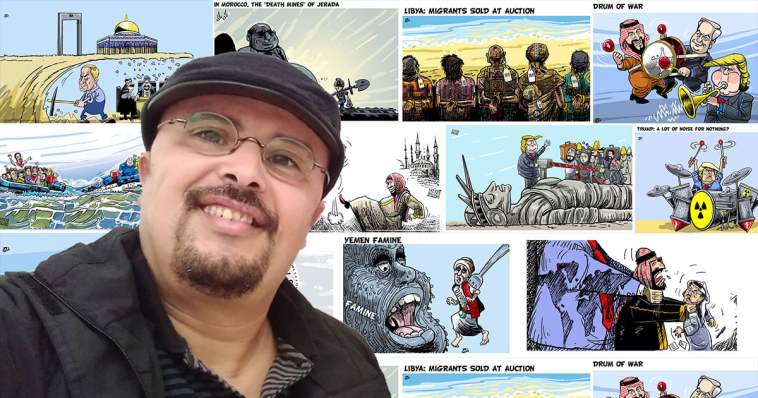 Naji Benaji is Moroccan cartoonist. He is a native of Sidi Kacem in Morocco. He was born on March 8, 1967.

Naji Benaji is a Moroccan cartoonist. He is a native of Sidi Kacem in Morocco. He was born on March 8, 1967. He is active in several regional and international associations of caricature and he actually participated in many artistic events and obtained several awards.

President of the Moroccan Association of Caricature (MAC).
Director of the International Caricature Festival in Africa (FICA);
The representative of the International Caricature Federation in Morocco-FICO Morocco.
The representative of the UNION OF WORLD CARTOONISTS (UWC) in Morocco.
Founding member of the caricature school in Sfax Tunisia.
He has collaborated with many Arab and national newspapers, magazines and websites since 1990. He has participated in numerous international exhibitions and contributed to several books on caricatures and other social and child publications. He has also participated in many international and national exhibitions including Qatar, Iran, France, Tunisia, Croatia, Egypt.
Currently, he works for a design and design agency.

How/where did you learn to draw? How long have you been working as a cartoonist?

Naji: In fact, drawing has been my first passion since my childhood.
I learned it from books that I loved to read such as Rodéo, Zembla, Nevada, Kiwi swing and other comics. This passion sharpened my visual culture and allowed me to learn on the job several techniques of drawing and it opened the way for me to become a professional draftsman.
I first started drawing on the school notebook and then on the walls of our neighborhood and then on the banners of the May Day demonstrations. After a while, during the year 1990, I started by sending some drawings related to the news to a few friends. Drawings I did in my spare time more for pleasure than anything else. September 1992 will mark a turning point in my life as an aspiring draftsman. I spontaneously sent a small collection of these drawings to the Moroccan daily Libération and other newspapers that took me as a cartoonist.
Then came a rich experience in newspapers, advertising agencies, and national magazines as a caricaturist, portraitist, cartoonist. I quote The Daily of Morocco, The Independent, Liberation, Al Bayane, Perspective, Lalla Fatima, Challenge, Male Version without forgetting the Moroccan satirical weekly Le Canard Libéré.
I also collaborated with foreign sites. Like alaraby.co.uk, d1g.com

What work do you most enjoy doing? What are your hobbies?

Naji: My greatest satisfaction is to have an exciting activity and to make my livelihood. For me drawing is a dream job. Choosing media is not a decision to take lightly. Making a career in press design in Morocco is for me a great success.

Name three artists/cartoonists you are inspired by? How have they inspired you?

Naji: Since my youth, I was passionate about the late Moroccan cartoonist Hammouda who encouraged me to engage in the world of press drawing He published my drawings in the newspaper Al Itihad Al Ichtiraki at a time when I was still very young without any experience. He was for me a real coach. If there is a second artist who has inspired me the most in my career it was famous Lebanese cartoonist Mahmoud Kahil, who published these works in the Ghent Arabic newspaper Asharq Al Awsat. This renowned caricaturist has inspired a whole generation of Arab caricaturists who he passionate about the quality of these cartoons and his technique of drawing and these deep ideas …
There is also Daryl Cagle who is one of the most prolific American cartoonists of the past 35 years. I admire his drawing, his visual representation technique and the depth of his ideas.

Why did you decide to be a Cartoonist?

Naji: In general, drawing was my childhood dream. I take real pleasure in making simple, free and rebellious designs that combine simple, straightforward speech with an ironic character and meaningful content.
I like to treat social, political and scholarly topics through visual messages with a very fine line that evokes humor.

What is your aim in life? Where you want to see yourself after ten years?

Naji: My goal is the success of my International Cartoon Festival in Africa FICA. And promote the art of cartoon and press drawing as a means of expression through an annual event organized in Morocco with the ambition that it radiates beyond. This is the goal of the promoters of this event. The loyalty of Moroccan, African and foreign designers, the public and all our partners in the long term is also a priority. It is at this price that the International Cartoon Festival in Africa could become an expected, regular and unavoidable meeting of the national cultural scene and why not international.

How can we build a better world with our cartoons?

Naji: Cartoon and press drawing with their various facets are not minor art. On the contrary. The depth of the works of their authors and the strength of their messages, which are worth a thousand speeches, prove that they have a privileged means of expression. To convey messages through which we are trying to address social and political issues in the community by humbly and pertinently denouncing the silence observed on unhealthy customs and traditions such as early marriage, witchcraft, and corruption while attacking taboos in a deliberately comical approach. 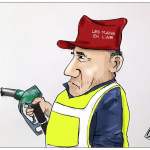 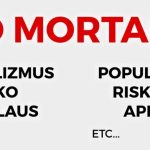