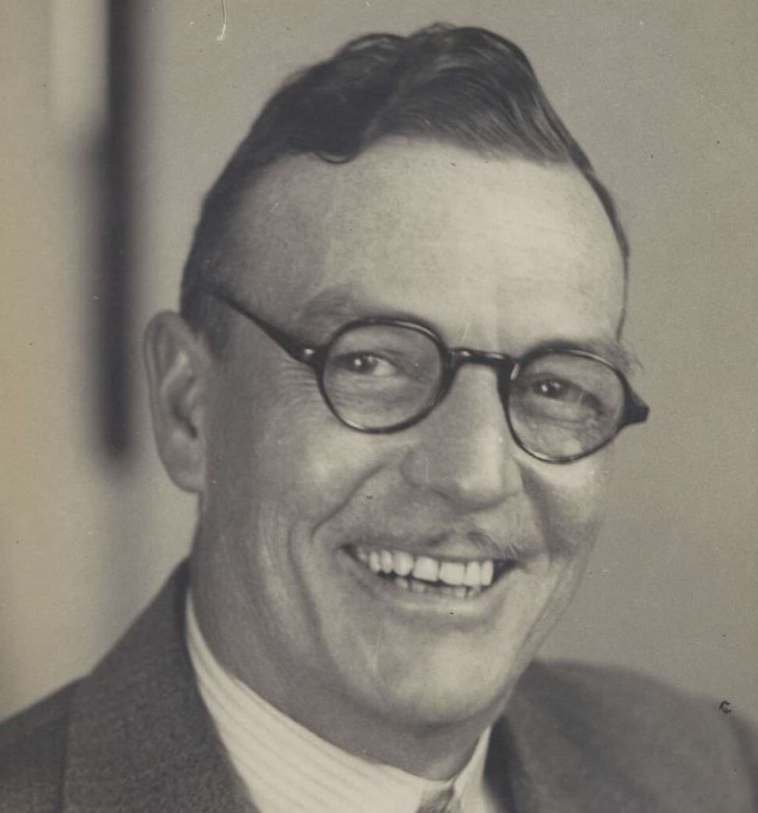 Stanley George Cross (3 December 1888 – 16 June 1977) was born in the United States but was known as an Australian strip and political cartoonist who drew for Smith’s Weekly and The Herald and Weekly Times. Cross is famous for his iconic 1933 “For gorsake, stop laughing: this is serious!” cartoon as well as the Wally and the Major and The Potts cartoon strips. Stanley George Cross (1888-1977), a cartoonist, was born on 3 December 1888 at Los Angeles, California, the United States of America, third son of English-born parents Theophilus Edwin Cross, builder and architect, and his wife Florence, née Stanbrough. The family settled in Perth in 1892. An outstanding student, Stan attended the High School, Perth, on a scholarship, but because of his father’s ill health, he turned down a scholarship to the University of Adelaide in order to ‘help at home’. At 16 he began work as a cadet clerk with the railways while studying art part-time at Perth Technical School. On 17 November 1924, he married a 25-year-old clerk Jessie May Hamilton (d. 1972) at the Waverley Methodist Church, in Bondi Junction.

In 1912 at the age of twenty-four, he resigned from his job and with the financial assistance of his brother he traveled to London to study at Saint Martin’s School of Art. during this time some of his cartoons were accepted by Punch. Before sailing for England he exhibited his paintings and pen-and-ink works twice in Perth, the first with the West Australian Society of Arts at their 1913 Annual Exhibition, and the second in March 1914, with another Perth artist, Michael McKinlay. On returning to Perth he contributed freelance drawings to the Western Mail and The Sunday Times, and whilst working as a railways draftsman in 1918, he was offered a job by Ernie Brewer of Smith’s Weekly at £5 a week. Cross accepted the position and moved to Sydney in 1919.

On 31 July 1920 Stanley George Cross’ first comic strips, The Man Who Waited was published in Smith’s Weekly, this was followed in the next week by the first episode of You & Me. Originally a satire featuring the characters, “Mr. Pott” and “Whalesteeth”, designed as a means of offering political comment. It was however quickly converted into a domestic humor strip. Cross continued to draw the weekly strip for nineteen years until he left Smith’s in late December 1939 when the strip was taken over by Jim Russell in 1940 and renamed to Mr & Mrs. Potts.

In 1928 Cross introduced added another strip to Smith’s Weekly, Smith’s Vaudevillians, introducing the mismatched characters of “Rhubarb”, an alcoholic sailor, and “Norman”, a fop who plays the straight man to his drunken partner. Another Stan Cross success was the first “Dad and Dave” cartoons, also for Smith’s Weekly. The strip was a straight adaptation of the radio serial, which commenced in 1936, running for 2,276 episodes, before finishing in 1951. During his time at Smith’s Weekly Cross established a reputation as a skilled draftsman, particularly in the area of single-panel cartoons. On the 29 July 1933 issue of Smith’s Weekly Cross drew a cartoon featuring two men who had been working on top of building construction. But there has been a mishap, for now, one is hanging by his fingers from a girder at a frightening height over a street. His mate, to save himself, has firmly grabbed the trousers of the other, yanking them down over his ankles, and looking directly upwards is convulsed with laughter, while the other implores: ‘For gorsake, stop laughing: this is serious!’. Editor Frank Marien immediately dubbed it “The Funniest Drawing in the World”. Such was the popularity of the cartoon that it was reprinted on a quality paper and distributed throughout Australia and beyond, many being sent overseas. All through the Depression years, and after, these prints costing two shillings and sixpence were framed and hung on walls in work-places, hotel bars, barbers’ shops, even in some shop windows. Towards the end of 1939, Smith’s Weekly was in the financial trouble and Cross was induced by Keith Murdoch to join the (Melbourne) Herald. Capitalizing on his reputation as a comic strip artist Cross was asked to create a new daily strip. He published his most popular strip, The Winks on 20 April 1940. For the first three months, the strip employed a domestic comedy theme and was basically a toned-down version of You & Me. The characters “Mr. Wink” reflected the role of Mr. Potts, while the tall, thin, long-faced was similar to his character, “Whalesteeth”. In the initial stages, these characters were given their own weekly strip, Tidley Winks. The Winks was only moderately popular until Cross decided to change the strip’s direction and take the main characters into the Army. Mr. Winks became Major Winks on 15 July 1940 and the strip was renamed Wally and the Major. Over the next thirty years in newspapers throughout Australia, New Zealand and Fiji, and in eighteen annual comic books (c.1943–60), readers were able to enjoy the extraordinary, knock-about adventures and lifestyle of Private Wally Higgins, Major Winks, Pudden Bensen and a company of comedy players—in the army in World War II and afterwards, and on their North Queensland sugarcane plantation. He continued to produce the strip until failing eyesight forced him to get help with the drawings early in 1970. Carl Lyon started to ink in Cross’ pencil drawings. Later Lyon took over all the drawing with Cross writing the stories and eventually took over completely when Cross retired later that year. Stanley George Cross was a foundation member and served as president of the Black and White Artists Society (later Club), Sydney from 1931 to 1954. Their annual trophy “The Stanley” was named for him, with the award taking the shape of the figures in his classic cartoon, “For gorsake, stop laughing: this is serious”.

Books and other works

Cross also wrote books on accountancy, economics and English grammar and treatises on soil conservation. He painted watercolors and there is some speculation that Cross and George Finey held the first exhibition at David Jones’s Art Gallery.

In 1970 he retired from the Melbourne Herald and joined his family at Armidale, New South Wales, where he died on 16 June 1977 at the age of eighty-eight. The epitaph on his tombstone reads, ‘Stop laughing, this is serious’.

His interview in the National Library of Australia 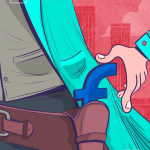 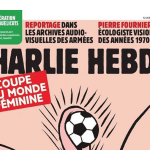