Note: “The Ranks of the Auteurs” is a written series that traces notable people, studios, and series throughout film history and ranks their work. This is the thirteenth installment, featuring Winsor McCay, who was born on September 26, 1871, in Spring Lake, Michigan, and died on July 26, 1934, in Brooklyn, New York.

As Chuck Jones put it, “The two most important people in animation are Winsor McCay and Walt Disney.” That checks out. Winsor McCay, a newspaper reporter turned editorial cartoonist turned to adventure and comic strip pioneer was the first to turn the animated film into a fully-fledged medium, although he came after key pioneers like J. Stuart Blackton and Émile Cohl. If all McCay did was create “Dream of a Rarebit Fiend” and “Little Nemo in Slumberland,” he would still be a noteworthy and genius artist that created some of the most incredible images of his time…and ever.

But then he transposed those talents to film, animating images with the realistic motion that wasn’t truly matched until Disney hit its incredible artistic stride in the middle of the 1930s. His ten films, some of which only survive in fragments, were entirely self-produced and financed, and his career in the film mostly ended as a condition of working for the notorious magnate William Randolph Hearst. Hearst didn’t like McCay’s little tinkering with films, or his cartoon strips, and throughout the early 1920s, essentially assigned Winsor McCay to editorial cartoons that reflected Hearst’s agenda. 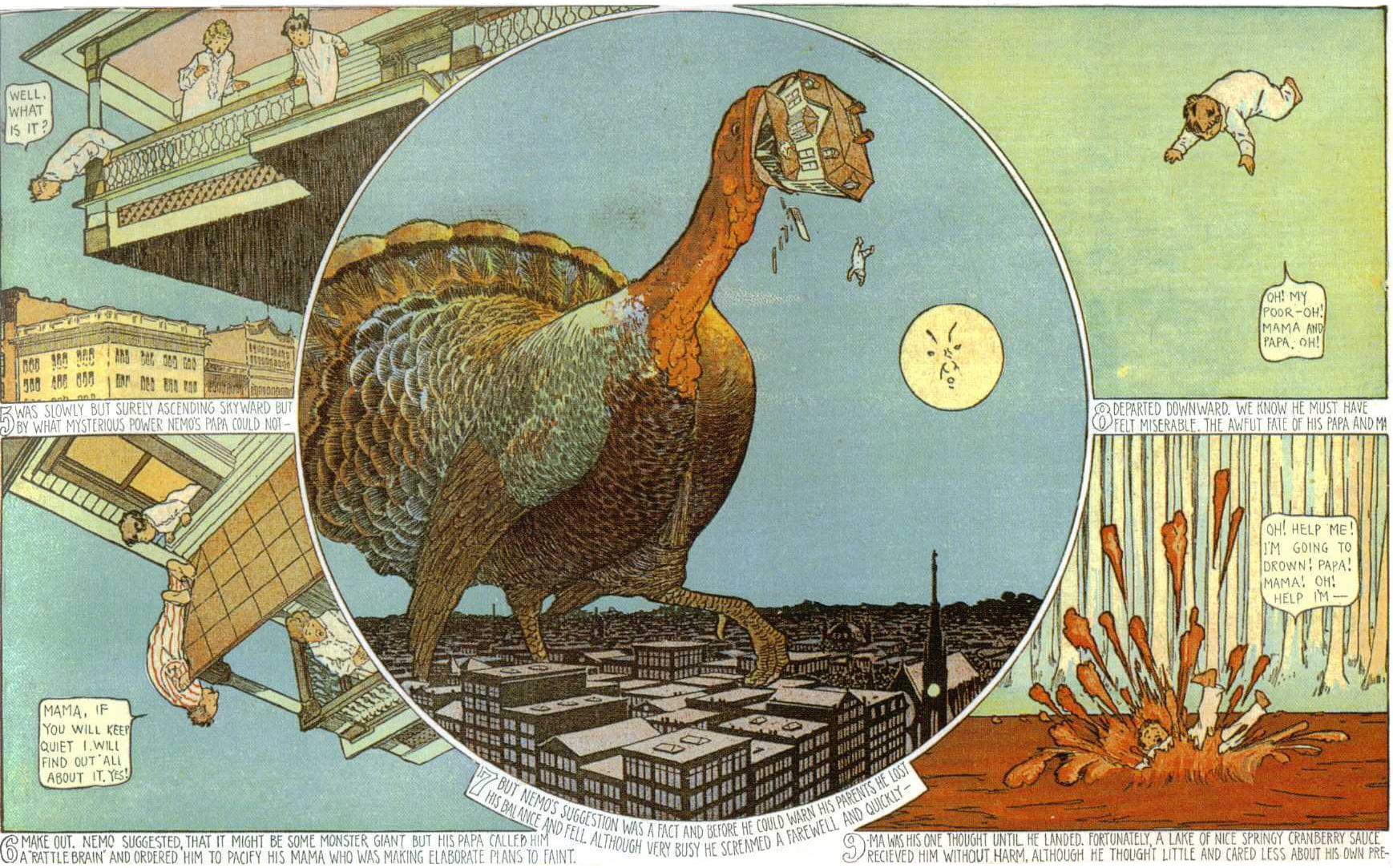 Who knows where McCay’s film career could have gone? Additionally, part of his retreat from cinema may have come from exhaustion or growing disinterest. McCay used the “primitive” techniques of the time to animate his films all by himself, and as he expressed at a 1927 dinner with all the prominent animators of the day, he was disillusioned with the business that “his” art form had become. 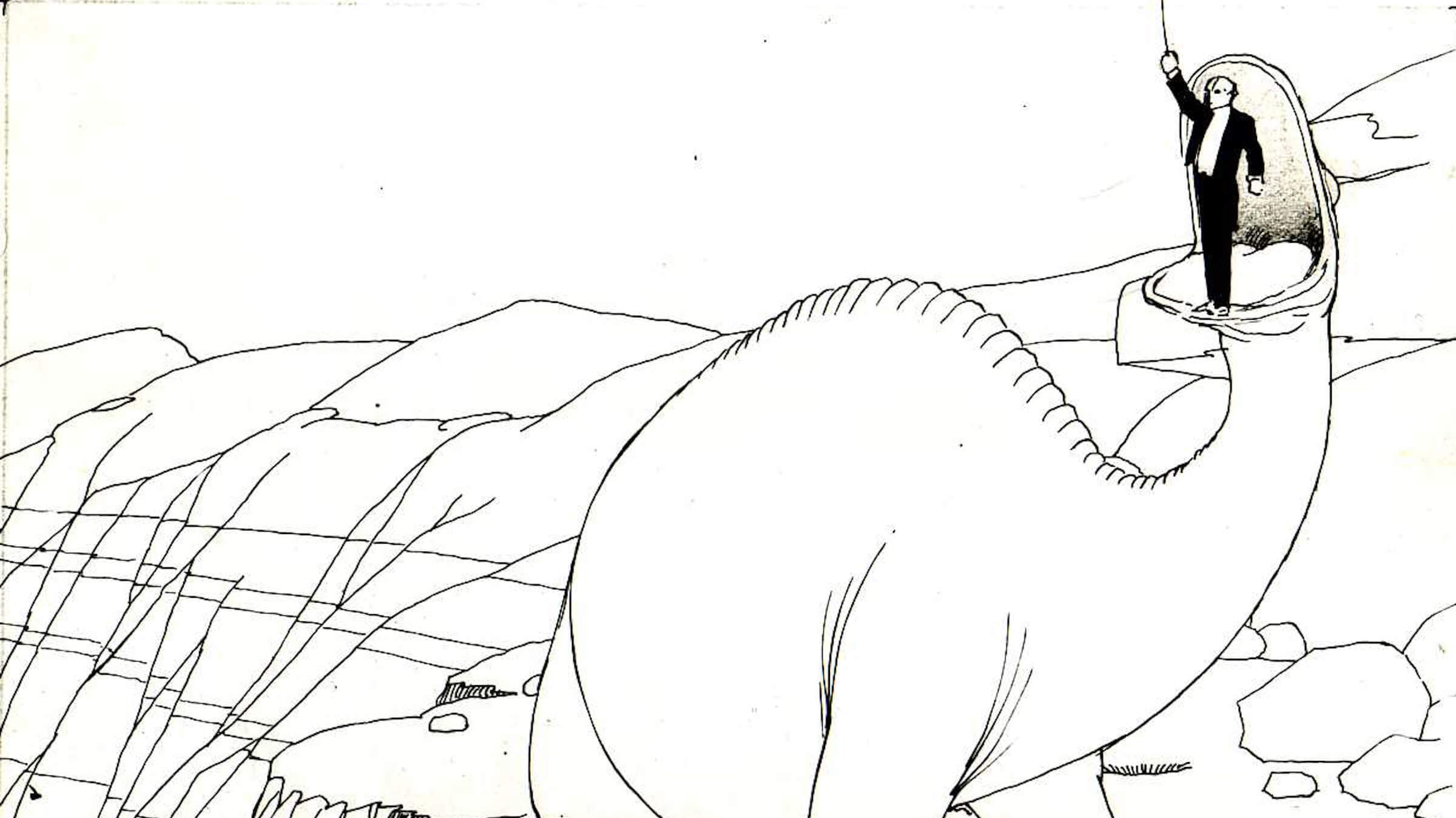 Nevertheless, Winsor McCay left the world with some truly incredible pieces of art, landmarks that, while mostly forgotten by a general public today, informed a generation of artists that created our favorite animated worlds.

This is one of McCay’s last films, is an example of the amazing technique he had developed over ten years of filmmaking, and of course even more cartooning. Yet, its premise is played over and over through different vaudeville acts, given new wrinkles and sight gags by the insect performers. This short echoes McCay’s own experience in vaudeville, where he would put on what was called a “lightning sketch” act and, later, where he would interact with his own animated films.

Most of McCay’s early films present the animated world as the product of him, the artist; most animated experiments from the time did so. In fact, THE SINKING OF THE LUSITANIA (1918) was the first film to somewhat present an animated world in its own right. Anyways, BUG VAUDEVILLE has some impressive character animation and, most notably, sequences of a tramp before and after his dreams against a beautiful background. Those brief moments especially demonstrate McCay’s fully-fledged grasp of cinematic language; somehow, the shots remind me of a John Ford film for some reason.

McCay’s only film with a co-director credit, to fellow animation pioneer Blackton, the film was his first animated experiment. Ironically, Blackton by this time had probably already declared his own animated experiments as amateurish wastes of time, but with the film, his primary function was likely to oversee production and shoot the live-action portion that makes up most of the short.

You see, much of the film dramatizes a bet that McCay makes with his cartoonist friends (mostly played by actors) and plays up how huge of an undertaking this animated film is. Ultimately, the thing that makes the film spectacular comes for just a couple of minutes in the end, but it’s radical. This was animation like the film had never seen before, fully realized to an extent that is quite baffling for a first attempt. The smooth naturalistic motion would continue to define McCay’s films, and LITTLE NEMO’s hand-coloring gives it an especially beautiful air.

This was McCay’s next experiment, but this time he focused on the action live subjects can sometimes repeat. It ultimately strengthens the uncanny valley effect his films can often impart while simultaneously undermining some of the naturalistic motion he introduced in Little Nemo. Nevertheless, the film presents a gruesome little comedy with a truly unsettling effect of the mosquito filling up from sucking the blood out of a man.

Flip, the Irish-American stereotype from “Little Nemo,” attempts to tame a creature of the bizarre and somehow macabre ilk that McCay loved to illustrate.

I think it’s the dead eyes. But the film is an amusing enough short given much more weight by the horse/dog/hippo/alien creature and its surreal movement.

This is ultimately, maybe McCay’s most incredible work. Essentially a propaganda piece released near the end of World War I, McCay made the most dramatically affecting animated film to date, and for some time, with this, the first animated documentary. That’s still not a common genre, but The Sinking of the Lusitania, in spite of its patriotic, impassioned intertitles, is a sober view of a tragedy that no one could have witnessed in this manner.

The short’s function as a piece of propaganda actually weakens the impact of the incredible images that McCay brought to life in a stunning approximation of realism, the most notable of which are a torpedo speeding towards the camera and the sight of a mother and child sinking to the bottom of the ocean. The film is incredibly compelling, but it’s ultimately made dry by its lengthy proselytizing.

This fragment transports McCay’s signature creation, the dinosaur Gertie, into modern times as she interacts with a trolley.

And then suddenly (since the film is a fragment and so doesn’t make a ton of narrative sense, which actually lends it a strange, ethereal momentum), she’s dancing with a huge audience of fellow dinosaurs. It’s a hypnotic image that makes the whole experience.

McCay’s most enduring work, Gertie the Dinosaur was his primary contribution to what would become mascot-based personality animation that would inform everything from Felix the Cat to Mickey Mouse to the whole cast of LOONEY TUNES. The whole short was formatted to allow McCay to interact with his creation in his vaudeville act, commanding her to raise her feet or leave a poor little mammoth alone.

In fact, one of GERTIE’s overlooked aspects is its fostering of a prehistoric world of its own, basic as it is. We see a sea monster, a flying saurian, the aforementioned mammoth, and of course Gertie herself, who is a realistic yet irresistibly charming animal.

The titular creature in The Pet, on the other hand, is particularly repulsive. Another “Rarebit” strip in motion, the film begins with this weird, amorphous fantasy creature approaching a home and being taken under the wing, as it were, of the matriarch of the house. Her husband doesn’t like it, and he’s justified: the creature eats their cat in the most chilling moment of the short.

The pet just gets increasingly bigger until it’s taking on the entire city and, presumably, killing and devouring hundreds of people as it takes down entire buildings and swallows them whole. The film is a truly nightmarish animated vision brought to life in the atmosphere of the uncanny valley, and another example of McCay’s fixation on the oversized, a key influence, however indirectly, on King Kong and Godzilla and the kaiju films/franchises of that ilk.

When its main husband character is behind the titular abode’s controls in the film, the moment almost resonates with the machinations of Kamaji in SPIRITED AWAY (2001). That’s high praise since I consider the latter to be the greatest animated film of all time.

The film has a slower pace than most other films on this list, but it makes up for that with truly beautiful panoramic shots and a final sequence in space that was the most investing journey to the extraterrestrial since A TRIP TO THE MOON (1902).

It’s just a fragment, but the film is comprised of the most beautiful animation McCay ever put to screen. This is the closest he got to the highs of the Golden Age of Disney; maybe I’m just conflating it with “The Pastoral Symphony” sequence in FANTASIA (1940), but nevertheless, it is truly a nexus for another dimension.

As with GERTIE ON TOUR, the film’s status as a fragment dilutes any kind of narrative thread and leaves little explanation for the series of images that flash before your eyes. But that has the incredible effect of lending even more weight to those images. How did we get here? What are these beings and what are their motivations? THE CENTAURS is McCay’s most investing work in spite of its abridged length, and to study its innovations may lead to a revived sense of movement in animation.