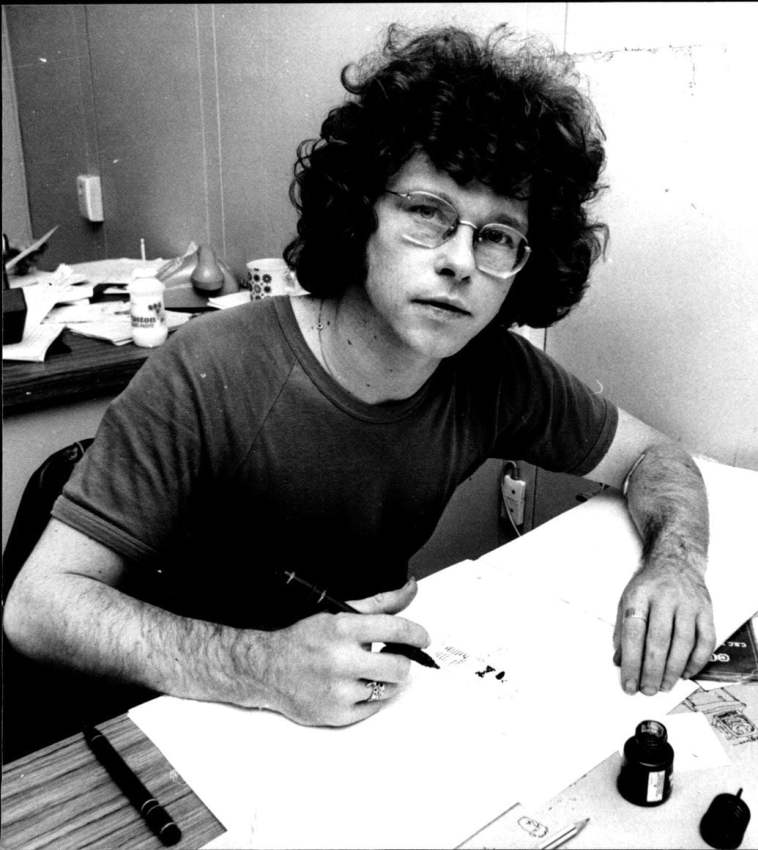 Patrick St. John Cook (Patrick Cook) was born on 6 August 1949. He is an Australian cartoonist, satirical writer, and performer known for his work in The National Times, The Bulletin, and on television. Cook cartoonist, writer, and actor, was born in Weymouth, England, and emigrated to Australia as a child. He received no formal art training, instead of working as a cartoonist and illustrator on several Sydney university newspapers. His friend Bob Ellis got him a job at Nation Review in 1971, where he began his career as an editorial cartoonist.

His controversial newspaper cartoons made him a household name, and a court hearing on his cartoon about architect Harry Seidler made front-page news in 1984. He received several Walkley Awards for his print cartooning. He co-wrote and featured in the satirical ABC television series The Dingo Principle which was broadcast in 1987. He is married to the writer and comedian Jean Kittson and they have two daughters.

He had no formal art training but instead served his apprenticeship as a student in Sydney university newspapers. His mate Bob Ellis had begun contributing to the Nation Review in February 1971 and Cook broke into cartooning there in August 1971,e.g. “A kiss will be quite sufficient, Hardy (who is taking off his pants in front of dying Nelson)”13 May 1972. He worked for the National Times in the late 1970s,e.g. State Types 1978.Two Cook originals of the 1970s. A prolific cartoonist, using a mapping pen on Hammer 4G paper in 1988, Cook has contributed to very many major and minor newspapers and magazines, including Cleo, Two Weeks, and Matilda. With David Bromley, Jenny Coopes, Bill Farr, Randy Glusac, and Ward O’Neill, he illustrated Alexander Buzo’s Tautology: I don’t want to sound incredulous but I can’t believe it (Penguin, Victoria, 1981).In recent years he has mainly drawn for the Bulletin, where he also writes a weekly satirical column. Indeed, satiric writing has increasingly taken over from the drawing and he is also a writer and actor for TV (and puppet theater). A member of the Australian Black and White Artists’ Club, Cook lives in Glebe, Sydney, married to the comic actor Jean Kitson. He has a large collection of magazines from the 1950s and ’60s and is a longtime fan of Mad. His cartoons have influenced many others, especially Mark Knight who drew for the Melbourne Herald in the late 1980s in a very similar style. He regularly exhibits in the NMA’s annual Bringing the House Down,e.g.two cartoons from the Bulletin – ‘Khaki election’ and ‘Yes & no’ – in 2001. Patrick Cook was first sighted in 1971 in Nation Review armed with a dip pen and the angelic face of a troublemaker. The blame is widely shared. He was a child of the empire, born British to a naval family – the middle name is St John – educated in a Sydney private school and living in a country that he has never ceased to find exotic. He wore at first the light disguise of an imp. But as time went by – not long – he let loose the rage that drives the great political cartoonists. Everything Cook does – writing, performing, drawings– is driven by rage and pity for all he finds shabby in our world, our politics, and us.

He never doubted the good fortune of being Patrick.“Patrick is a splendid choice,” he wrote in one of his funniest books, The Ultimate Book of Names.“From the Latin ‘noble’, the Greek ‘wonderful’, Ancient Persian ‘fabulous’….” His mind often wanders in the past. History matters a great deal to him. Even at its silliest, Cook’s work takes a long view. He doesn’t savage governments because they’re not as good as the last, or Labor for not being able to match the Coalition. His scorn ranges over centuries. Caesar, Christ, Simon Bolivar, and Hitler are familiar figures in Cook’s work. Ditto heroes of the Royal Navy. One of his first drawings published had a sailor unbuckling his pants as a dying Nelson declared: “A kiss will be a quite sufficient Hardy.” Cook set the tone for The National Times as the head prefect of a remarkable band of black and white artists: Jenny Coopes, Michael Fitzjames, Neil Moore, David Bromley, Tony Edward, Matthew Martin, and Ward O’Neill. It was the last great artists’ paper in this country and however bleak the stories we wrote – and in the Fraser years bleak was the default setting of the paper – Cook had fun. Politicians grew the faces he gave them: a scimitar nose for Whitlam, a child’s lip for Howard, and on Malcolm Fraser a jaw like a pig’s bum.

As newspapers and magazines collapsed beneath him, television became Cook’s other career. For decades now he has been making actors sound funny. The Gillies Report in the 1980s became a national institution. That triumph was followed by Good News Week, The Dingo Principle – which earned Australia diplomatic rebukes from Russia, Japan and Iran – The Party Machine, and seven seasons of The Big Gig where he met and married the wise and very funny Jean Kittson. They have two grown daughters. Cook did similar damage to the nation’s picture of itself. His Australia is a place of bush flies, barbed wire to the horizon, fat heads under big hats, deluded optimists, sheep – the most human of animals in Cook’s world – barristers in wigs, tea ladies and their trollies, women in overalls and wise koalas.

He was the funniest man around – in The Financial Review in the week and The National Times at the weekend where he began his celebrated column Not the News. By this time he had discovered the theater (and vice versa) performing and writing dazzling scripts for his friends to perform. A puppet show starring Captain Lazar and his Earthbound Circus(one of his favorite creations)was a cult sensation at the Adelaide Festival of 1980. Then Harry Seidler was silly enough to sue Cook over an elegant cartoon of a bare landscape dotted with man-high concrete boxes where sandwiches were fed through a slit in the front and shit collected from a slot at the back. The caption read: Harry Seidler Retirement Park. The jury backed Cook. When the great man died every obituary in the world recorded his 1982 humiliation and to this day every Google search of his work turns up the cartoon. As a result of Cook’s victory in Harry Seidler & Associates v. John Fairfax & Sons Ltd, Australian newspapers were funnier and braver for a generation.

When sharp money closed down The National Times, Cook crossed the street to The Bulletinwhere his writing and drawing were celebrated for the next twenty years. Once again, he set the tone. He made The Bulletin look like him. Each week he illustrated Laurie Oakes’ column and on his retirement, Oakes unhesitatingly nominated Cook as the best cartoonist in the country. When sharp money shut The Bulletin in 2008, Cook crossed the street once more and worked for a few years at The Spectator. The empire child was almost home again. 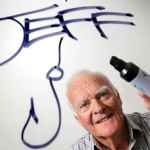 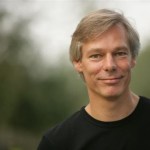